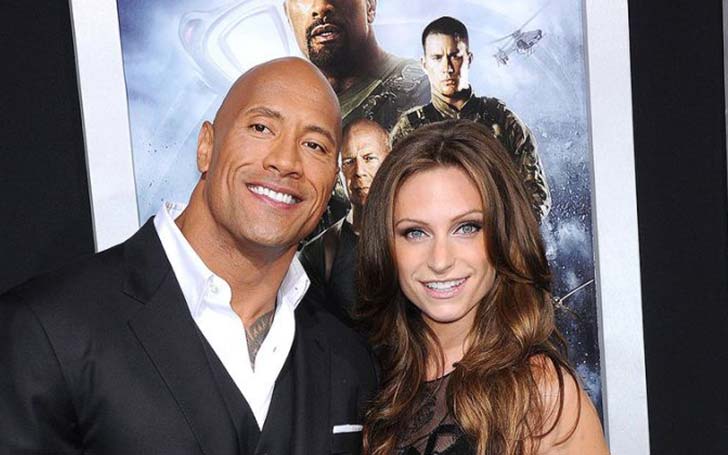 Dwayne "The Rock" Johnson is a married man!

With his latest movie, Hobbs and Shaw making its mark in the box ofiice, The Rock is doing it fine in his personal life as well.

The Rock married his long term girlfriend turned wife, Lauren Hashain and shared the delightful news through his Instagram on August 19, 2019. The man is now officially a husband, after the wedding ceremony on Hawaii. Moreover, he shared two pictures, including the sweet wedding kiss photo.

Dwayne, who almost hosted Oscars, captioned the post mentioning the wedding date and venue and also tagged his beautiful wife as well as his former brother-in-law, Hiram Garcia.

Followers were all around the comment section, showering their love and congratulating them for their next big step in life.

'Jumanji' star, Dwayne met his now wife, Lauren on the set of The Game Plan, in 2006. Back then, he was married to his ex-wife, Dany Garcia. They had a decent friendship for a few years, before finally getting into the relationship.

Once a highest paid actor, The Rock was previously married to his ex-wife Dany, from 1997 to 2008. The ex-couple managed to stay as a husband and wife for just about a decade. Furthermore, Dany gave birth to Dwayne's first child, a daughter, Simone Alexandra Johnson, on August 14, 2001.

Due to some unknown reason, Dwayne split up with his ex-wife and officially divorced in 2008.

Just after the divorce, he was depressed and about the whole situation, he said

Around 2008, 2009, I was going through a lot of personal s— that was really f—– me up. I was just struggling, man. Struggling to figure out what kind of dad am I gonna be. Realizing I’d done a piss-poor job of cultivating relationships, and a lot of my friends had fallen by the wayside. I was just scared.

Baywatch star began dating his now-wife, Dany since 2007 and with her, he shares two daughters; Jasmine Johnson born in 2015 and Tiana Gia Johnson born in 2018. Moreover, he is close to his children and once celebrated Valentine's day with his daughter.

With a successful professional career, The Rock is now looking forward to the new chapter of his life following the wedding.