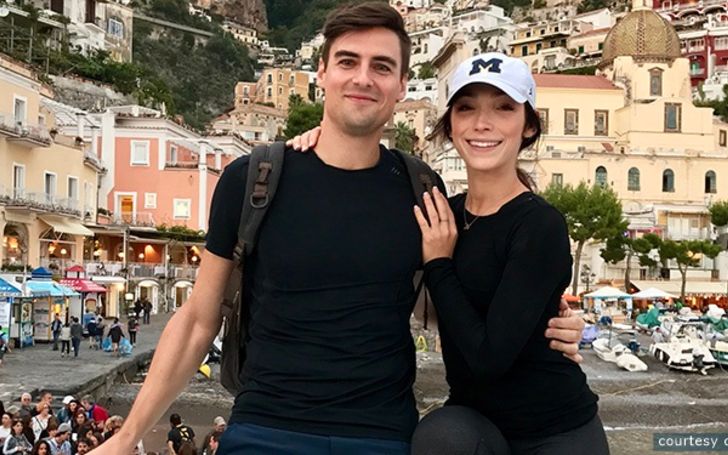 Yes, the riveting and sensational skater walked down the aisle with her man of around a decade, Fedor Andreev. The couple tied the knot in front of 95 guests at the backyard of Le Mas des Poiriers, an 18th-century farmhouse in Provence.

PEOPLE magazine officially broke down the news of their nuptials. Meryl, 32, exclusively told the magazine,

“We chose each other, and we’ve been committed to each other for a long time. And yet, to be able to celebrate our relationship and what this means for us and our families with our families and our closest friends — and the fact that so many of them are traveling all the way to Europe to celebrate us and this time in our lives — just means so much.”

Whereas, Fedor, on the other hand, maintains that they love one another insurmountably. According to him, the duo got married knowing they want to spend the rest of their lives together, in each other' arms.

The couple who dated for over 9 years, got engaged in 2017 after Fedor went down in his knees and presented her the million dollar question with a square-cut canary yellow diamond ring. The moment unfolded during the pair's hike on California.

Coming back to the extravagant nuptial, Davis' uncle Cam officiated their wedding. The love birds even broke down the tradition of not seeing each other on the day of the wedding and went for a run together.

As for the dress, the Dancing With the Stars looked radiant in her sleeveless white dress, designed by Monique Lhuillier, whereas, Andreev wore a custom-made deep blue suit with an exception of a tie.

You May Also Like: Off the market! Zac Efron Is Officially Dating Olympian Sarah Bro!

Acting as her man of honor, Davis's younger brother Clayton was in the attendance alongside her Olympic partner Charlie White.

The wedding dinner took place in an alleyway of plane trees the reception was set to the playlist selected by the bride and groom themselves.