home Entertainment Eamonn Holmes Net Worth - How Much Did he Make From His Career as a Journalist?

Eamonn Holmes Net Worth - How Much Did he Make From His Career as a Journalist? 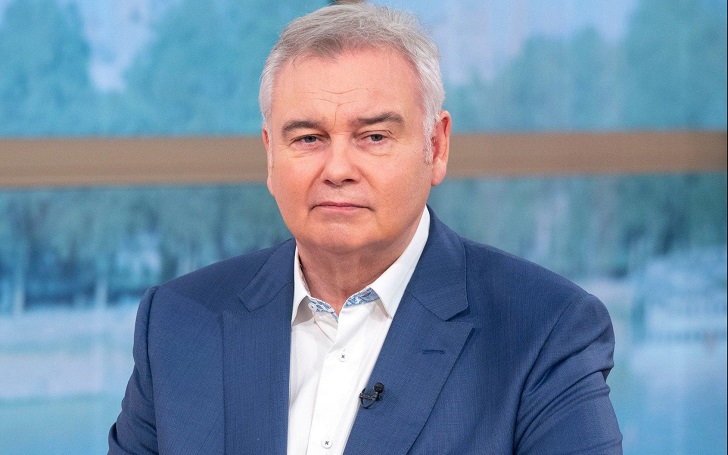 Eamonn Holmes is an Irish journalist and broadcaster born in Belfast, Northern Ireland. He is known most notably for presenting on GMTV, Sky News and ITV for over a decade each.

The credits are not limited to just news for the 59-year-old. He presented for several other TV shows throughout his 37-year career in the industry. He is married to Ruth Langsford in 2010, who is also a television presenter and panelist for 'Loose Women'.

The television duo is a millionaire with the massive fortune they've collected throughout the years. And they literally live large too.

Eamonn Holmes's Net Worth Is $5 Million Shared with His Wife

The broadcasting couple is worth $5 million as they still host 'This Morning' show together. They started out working together in 2006 after Ruth was named a regular presenter on the show. They were introduced to each other to co-host the show every Friday. But they began the relationship way before in 1997.

For Eamonn, it is the third time he's presented for a show for over a decade. He first worked with Ulster Television from 1979 until 1986 when he left for BBC. He moved on to GMTV in 1993 starting work on New Year's Day. He then left GMTV in April 2005 because he felt the show ran out of real news.

He joined Sky News six months later to present for the 'Sunrise' program. He worked there for altogether 11 years with three different co-hosts, Lorna Dunkley, Charlotte Hawkins and Isabel Webster. He announced the departure in September 2016.

While working with Sky News, he also joined the now pivotal 'This Morning' show on ITV with Ruth. They also co-hosted a 10-part daytime game show, 'Gift Wrapped' in 2014.

The presenter also was a part of numerous other reality game shows, sometimes as a host and the other times as a participant. He played 'Who Wants to Be a Millionaire?' with Alex Ferguson, Kay Burley and Ruth before appearing to celebrate the end of the show in 2013.

Other celebrity game shows include 'Big Brother's Bit on the Side', 'Fifteen to One', 'Call My Bluff', 'All Star Mr & Mrs', 'Tipping Point: Lucky Stars', 'Catchphrase' and 'The Chase', among others.

He Did Some Radio Shows As Well As Publish a Book

With his TV presenting career, Eamonn also began radio broadcasting in the 1980s for Downtown Radio. He also presented his 'The Eamonn Holmes Show' on Radio 5 Live for six years from 2003. Now he presents 'Let's Talk with Eamonn Holmes' on talkRADIO that he started since 2016.

The book tells of what happened at GMTV as well.
Source: Eamonn Holmes

Holmes released an autobiography, 'This is MY Life', in May 2006. He also writes a column for 'The People' newspaper.

The £3.5 Million House They Currently Live in Was Rumored to Be on Sale Last Year

The couple lives in the super-upmarket St. George's Hill area mansion of Weybridge in Surrey. In October 2017, the house was said to be listed for sale with an asking price of £3.5 million ($4.5 million) until it was slashed by 7% in August 2018.

But in October 2019, Eamonn shared the pictures of his properties on Instagram and many more on his Instagram story showing his pride at his lawn and the garden. They live there with their teenage son, Jack (Eamonn's youngest), and their dog Maggie. Even Maggie lives like royalty.

Stay tuned in to GlamourFame for more Entertainment updates.