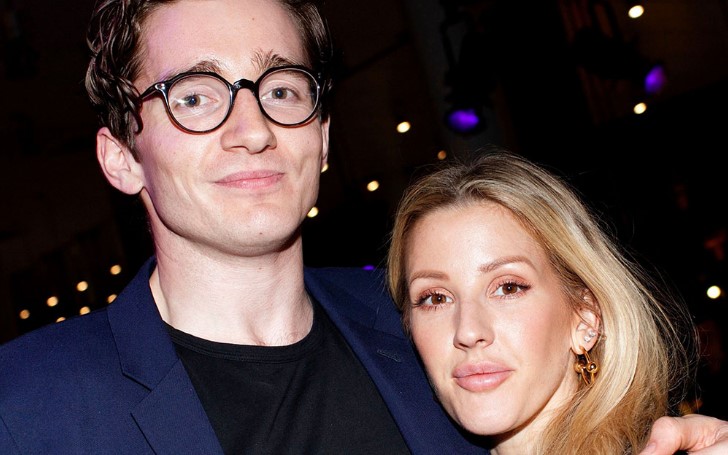 Ellie Goulding and her art dealer beau, Caspar Jopling, are getting married on Saturday.

Finally, it's happening now. Ellie Goulding is all set to tie the knot with Caspar Jopling this weekend, Saturday, 31st August.

Ellie renowned for flaunting her curves in a bridal white dress at Netflix's 'Our Planet London' premiere, and her fiance Caspar confirmed the venue at North Yorkshire's lavish stately home Castle Howard. The preparations are going well as they appeared in photos.

On Wednesday, the picture showed around 50 staff members busy at work preparing a stage for the couple's rumored festival themed celebration.

Furthermore, two large marquees were seen standing on either side of the ground's Atlas Fountain. Even portable toilets were spotted being delivered to the venue, which suggests the rumored festival-themed wedding is true.

Some of the insiders claimed the reception would mainly take place outside in the grounds.

The sources further claimed Ellie and her fiance are thought to have a star-studded guest list for their big day. Very close friends of the singer, Princess Beatrice, who celebrated her birthday on August 8, and Princess Eugenie, who posed in white drawing room with her husband, will make their presence as well.

'Love Me Like You Do' singer maintains a very close relationship with members of the Royal Family, so it is speculated Ellie invited Duke and Duchess of Cambridge to her special day.

The couple was engaged in August 2018, the singer and her art dealer beau announced their engagement on The Times which read, "Mr. C.W.F. Jopling and Miss E.J. Goulding."

The notice further read, "The engagement is announced between Caspar, son of The Hon Nicholas Jopling of Yorkshire and Mrs. Jayne Warde-Aldam of Yorkshire, and Elena, daughter of Mr. Arthur Goulding of Hertfordshire and Mrs. Tracey Sumner of West Midlands."

The couple who were dating since 2017 made the announcement of their big day and made their fans happy. We would like to congratulate the couple and wish them life long of togetherness.