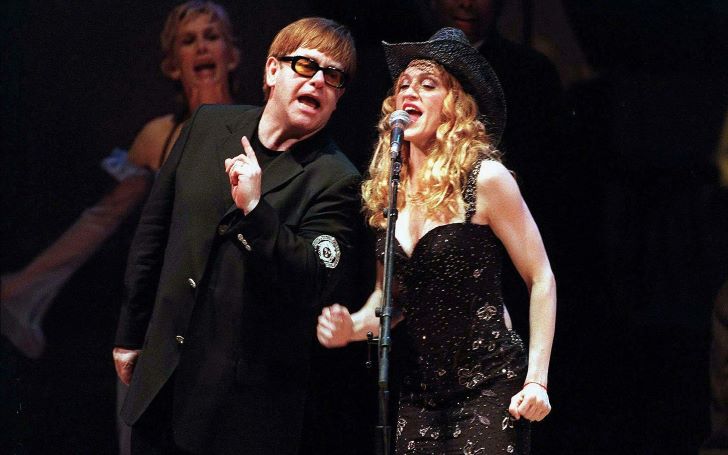 Elton John released his new memoir Me just last week. Well, the singer not only discussed his glamorous life in the memoir but also about the reason for ending the friendship with Madonna.

The feud started back in the year 2012 when Madonna claimed that Gaga’s ‘Born This Way’ was “reductive,” and likened it to her own 1989 hit ‘Express Yourself’ during an interview with ABC News.

Then, John passed comments regarding this incident where he accused Madonna of being “ungracious and nasty” for criticizing Lady Gaga.

Elton's feud with Madonna stepped up a level when he branded the singer as "fairground stripper" and "nightmare". He said,

She’s such a nightmare. Sorry. Her career’s over. Her tour has been a disaster. She’s been so horrible to Gaga.

However, John now addressed the infamous interview and clarified that he had no idea the camera was on when he made those comments.

He further clarified the interviewer was his friend for a long time and it was not part of the interview. Besides, Elton even regretted his comment and apologized for his mistake.

Furthermore, Gaga denied of plagiarising the song and revealed only “the only similarities are the chord progression.” She further added,

It’s the same one that’s been in disco music for the last 50 years. Just because I’m the first f**king artist in 25 years to think of putting it on Top 40 radio, it doesn’t mean I’m a plagiarist, it means that I’m f**king smart. Sorry.

Besides, Madonna and Gaga already moved on from that incident and even were spotted hanging out together at an Oscars after-party earlier this year.

Meanwhile, Elton is quite close to Gaga who is even godmother to his two young sons. As per John, the musician is a great godmother who would turn up the backstage just to give a bath to his son Zachary.