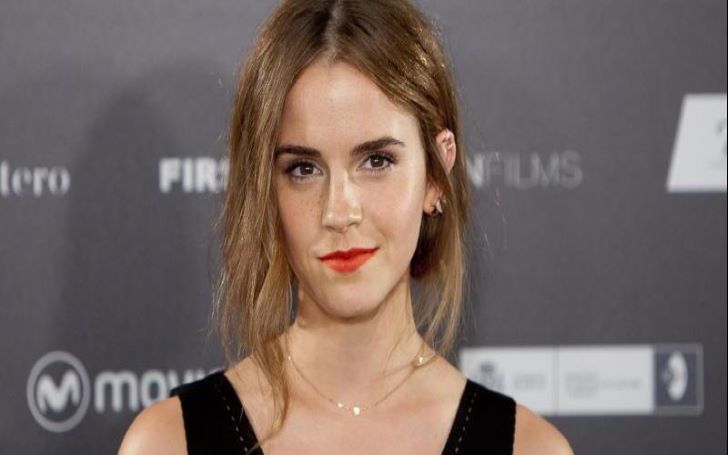 Emma Watson calls herself self-centered and reveals she does not need any man to be happy.

The 'Harry Potter' alum Emma Watson has ruled the Hollywood world since her debut as 'Hermione Granger' for two decades now.

From her looks and work, Emma has admirers from all over the world, however, this diva is more than happy to be single and even described herself as "self-centered" as per her interview with the British Vogue.

The actress who will be 30 this April spoke up about her fears for reaching the milestone and the pressure of having a picture-perfect life.

Well, the 29-year-old seems to agree with Gwyneth Paltrow famous catchphrase 'conscious uncoupling' which was used to describe their divorce when they split in 2014.

Moreover, Watson even revealed she never believed the idea that you could be happy and be single. She said,

I was like, 'This is totally spiel'. It took me a long time, but I'm very happy [being single].

Though UN Women goodwill ambassador Emma insists to be single, she was spotted kissing a mysterious man outside a bakery in London just two weeks ago.

Likewise, she is also said to have been in a romantic fling with former Oculus chief executive Brendan Iribe, 40, and her former Potter co-star Tom Felton.

What's more, 'The Beauty and The Beast' alum once revealed her preference not to date celebrities during a statement with Elle Australia saying;

I don’t think it’s fair that all of a sudden, intimate details of their personal life are public as a direct result of me. I wish I could protect them.

Meanwhile, Watson will be starring as Meg in the hugely anticipated adaptation of Louisa May Alcott's novel Little Women.

The Little Women star will play the role of eldest March sister who contends with money worries, societal pressures, and romantic escapades during the American Civil War.