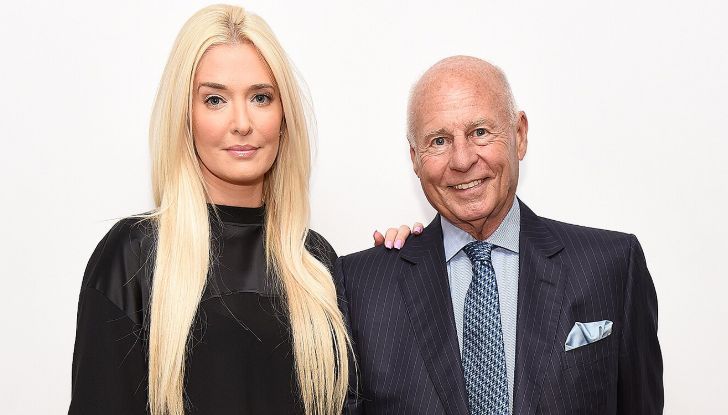 Erika Jayne has Finally Opened Up about her Divorce: Learn the exclusive Story Here!

"It's so f--king complicated," says the reality star Erika Jayne as she begins to address her divorce from Tom Girardi, 82. The Wednesday episode of The Real House Wives of Beverly Hills took a dramatic turn when Erika, 49, decided to discuss her abrupt divorce.

As she preps to discuss it with her castmates finally, Jayne is worried. In her confessional, the star says, "There's so many layers to this divorce. It's very difficult to explain." She further adds, "You know, I'm sure that they were very shocked and that they're going to have a lot of questions."

"There's so many layers to this divorce, its hard to explain," says Jayne.
Photo Source: Page Six

Jayne had broken the bombshell news previously over a text, it read, "Ladies, I truly consider you my close friends and this is why I'm reaching out to tell you that I filed for divorce this morning. Thank you for supporting me. This will be tough."

The episode showed other castmates gathering for a party at Sutton Stracke's, where they were seen discussing the matter. Lisa Rinna says," I instantly called her and, you know, I was just as surprised as we all were." Dorit Kemsley and Garcelle Beauvais says they did not see it coming.

Did the couple call it quits because of infidelity on Tom's part?
Photo Source: Yahoo

E-News had reported Jaynes and Tom's divorce last year in November. Erika, in her statement, had said, "After much consideration, I have decided to end my marriage to Tom Girardi. This is not a step taken lightly or easily."

An insider told E-News that infidelity on Tom's part was the main cause for the couple calling it quits after 21 years. In the preview of next week's episode, Erika can be seen telling the girls, "I did not see it ending this way. I was going to hold that man's hand until he died."