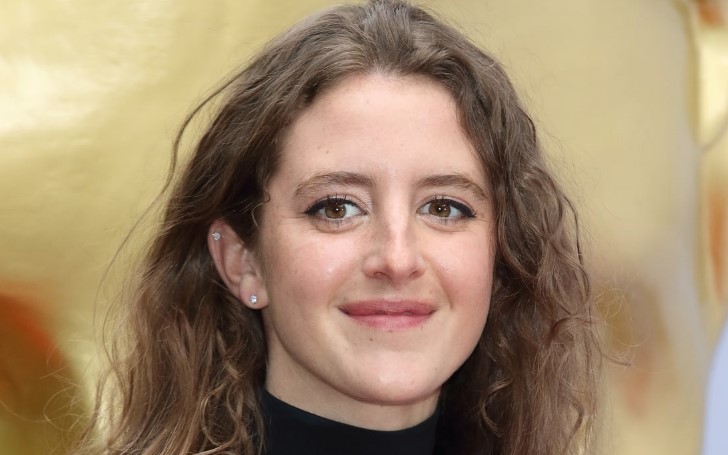 English actress, Louisa Harland, is best known for her role on the British Sitcom, 'Derry Girls.' The Irish-born actress portrayed the role of 'Orla' which is the lead character of the show.

Well certainly, you loved her as Orla on the screen, and other a few characters she played as she appeared on 'Doctors,' 'Love/Hate,' 'Harley and the Davidson,' and 'Handy.'

That's that but, how exactly you know your favorite actress? Well, certainly not as much as we know. But you don't have to worry a bit; we are here to serve you with all the information we gathered about this excellent actress.

Royal Court events are a big thing, believe us. The plays tell stories about Victorian spiritualism, history of the Middle East told through water, as opposed to oil, is all the parts of the plays featured at the event.

So, similarly, our beloved Harland bagged a role on the new plays by Caryl Churchill, 81. Along with the Louisa, Deborah Findlay and Toby Jones starred in a series of four new Caryl Churchill play at the Royal Court in London.

4. The Derry Girls Lead Admitted She was Not Good at Sports

In one of the interviews, the Derry Girls actress, Harland admitted, she never won anything at sports. Along with American-Irish actress, Saoirse Ronan, during the relaunch of the new season of the Derry Girls, Louisa said, "It’s incredible. I never won anything on Sports Day, but now I’m on a mural! My brother works in Fitzroys, so he has to walk past it every day. I don’t know how that feels for him!"

Harland added, "Seeing it in the flesh is something else. Seeing it is mental. The artists here are great. The murals are so beautiful, so to be painted on one is great. I think it’s weird for our parents as well. My father is Northern Irish, and he is like, ‘Never thought my daughter would be on a mural!"

3. Derry Girls' Star Louisa was Sent Homemade Books About Herself

Some fans can be difficult sometimes as they often seem to cross their limits to tick off the stars they love. But there are some fans who try to win their stars' hearts with their adorable gestures.

Louisa Harland revealed something like this, admitting she has a few 'weird books' made by fans.

Harland said, "Fans would search for you on the internet, and they find information, and then they create books. I think we’re at the stage now where we like it because we’re not bothered by how weird it is." Well, we are happy too, Louisa, because we are those kinds of fans. We don't necessarily make books, but we write! And this is all love. (a big grin)

2. Louisa Has Fun Off-Screen as Much as She Does On-Screen With the Cast

Fans love it, but we got to admit this, Derry Girls, is one of the most underrated shows. The show is set in the 90s, which follows a group of five high school students, just doing their things and navigating their way through adolescence amid their own set of problems.

Look how wonderful the plot is, and when it's about high-school students, then you can pretty much expect their ideas of fun. So, it's pretty obvious, they love to do the wild things, and that's their definition of fun, and we love that too. But that's not all limited on their screen-time. The actress admitted the bunch of like-minded is really helping the show to portray the real fun we had back in our high-school days, and that never really stops for them.

The actress revealed the cast of the show have fun in the real as much as they do on their screen-time. Isn't this the job which we all wanted?

1. Derry Girls Actress, Louisa was Once Rumored to be Married

Well, it happens all the time on the internet. People with excessively free time, who have nothing to do other than speculate about other people's lives, spread rumors on the internet.

Something very similar happened to the actress. The actress was rumored to be married, but it's all hoax, people. As far as we know, the actress is as single as she can be, and while talking about the marriage, that's not going to happen any time soon.