home Lifestyle Fans Obsessed with Kardashian Kids; One of Them Apparently Looks Like a Doll

Fans Obsessed with Kardashian Kids; One of Them Apparently Looks Like a Doll 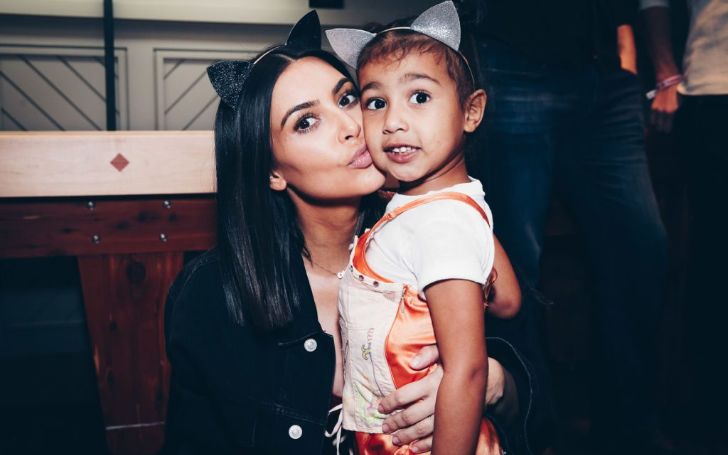 Fans obsessed with Kim Kardashian children but the KUWTK sisters praised them a little more than needed.

One of the Hollywood sensational couple, Kim Kardashian and Kanye West are proud parents of four beautiful children.

But the recent snap of their one-year-old daughter Chicago West has been drawing attention to a whole new level.

The recent snap shared on Tuesday, Sep. 24, garnered much positive appreciation but interestingly the Kardashians were the only one to comment her like a 'dolly.'

Fans felt like the sisters were promoting and praising their sister's daughter all by themselves and even trolled them for the amplified praise.

The little princess sure does look mesmerizing. She's, in fact, Kim's first-ever baby via surrogate.

"Bahamas 🇧🇸 Pics Coming Up! I thought taking a pic with three kids was hard OMG this is almost impossible!"
SOURCE: Kim Instagram

Kim's first and second pregnancies, North West and Saint West were difficult ones as she could not give birth to her third and fourth child due to 'Placenta Accreta' - a medical condition which causes the placenta to strongly attach to the womb.

The doctor recommended Kim not to give birth anymore, so she and Kanye opted for surrogacy. Chicago and the recent son Psalm are the two children born via surrogate.

Stay tuned and connected to find the latest Entertainment news on Glamour Fame.