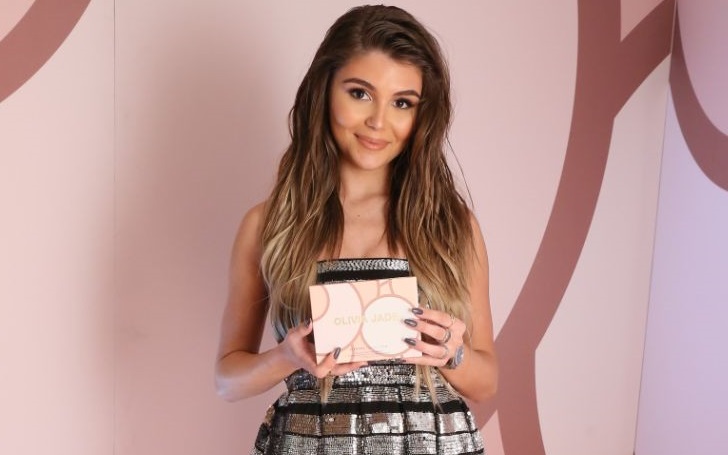 Olivia Jade Giannulli finally entered the scene of YouTube after months of hiatus, which is to be expected since her parents could potentially be jailed for a long time. The case is still developing with several court hearings scheduled.

While mother Lori Loughlin and her husband, Mossimo Giannulli, keep swinging their statements on either side for the case, fans are glad she's back to YouTube. But not everyone is too thrilled about it. They suggest she should go back to school and actually study something.

Before she had to take a break from making videos and deal with the college admission scandal, including leaving USC, she had discussed some issues of her weight loss transformation process. And she's no stranger to releasing her health and lifestyle-related videos on YouTube.

Olivia Jade Herself Made a Weight Loss Transformation Video on YouTube

On July 3, 2018, whether her 1.9 million subscribers asked for it or not, Olivia Jade discussed her body transformation for the past year, specifically regarding her weight loss. She started the video by confessing she knows zit about fitness or anything and then went off to her sponsors for the video.

Does the before and after photo comparison seem authentic?
Source: Harper's Bazaar/Getty Images

After she was done with the sponsor, she talked about her insecurity, which is very normal for a 18-year-old, she stated. While she wanted to assure the viewers that she didn't think herself to have been 'fat' earlier on, she continued to tell how she managed to lose weight within a year before the video released.

The 20-year-old stated she was not taking good care of her body before and was overeating. She wanted to change after being sick of it for a long while.

Here are the five things she did to lose extra pounds of her body.

1. Eating Less without Counting the Calories

Starting off with the most obvious of the ways, she ensured she is not a professional at any weight loss technique. Her problem was overeating, and she tried her best to stop eating too much.

While going through the less-eating process, she recommended the viewers to not count the number of calories they eat every day. Reason - "Because you will literally drive yourself insane."

Be mindful of what you are eating.
Source: YouTube

Everything in moderation. She also suggested viewers be mindful of the things you eat. Despite what works for other people, she says taking calories into consideration worked best. So she ate toasts only once in a while but didn't eat high-calorie or high-carbs ones.

And don't deprive yourself of a treat once in a while, so that you don't starve yourself.

Another common thing for losing weight is exercise. Aside from everyone in the world who prefers it as a first option, it's like a side requirement for Olivia Jade. 80% of the story is eating less and the remaining 20% is exercise.

It's not just for losing weight that she prefers exercising all the time. She says it also helps keep her motivated for everything in life. Strenuous exercise isn't the requirement here. She did just a few miles of walking around in leisure time.

Pilates, hikes, walks and sprinting are right there for her favorite choices.

3. Drinking a Lot of Water

It is another common method of maintaining weight, albeit a little weird. But while being vague about the reason for drinking more water, she did make a lot of sense.

After every meal, drinking a glass of water will make you feel you're full, even if you were hungry before that glass of water. The body does take a little longer to process the food eaten, and eating again immediately after completing a meal will pile up more in your body.

There was a certain fear about her when she described this tip. She felt like she might not be totally correct about it.

Trainers and fitness people advised her to stop eating late at night. We know we use up energy even when we're asleep. But according to what she learned and was told, at that point, a person would not be burning fat in sleep. Instead, the fat is being stored.

Mornings will be good if you stop eating right before sleep.
Source: Olivia Jade, YouTube

Avoiding eating past 8 or 9 at night also helped her on her journey. Again, she emphasized on requesting the viewers to not slam her if it is in any way not working for them. She wanted to make the video a safe place to talk about.

While not being sure about cryotherapy and saunas helping weight loss, she's tried it all. It did make her feel more relaxed about her body and didn't feel bloated anymore.

Olivia's favorite place to crash for those was in a place called 'Tonic Boutique' in Los Angeles, that has infrared saunas and cryotherapy machines just for the face or for the entire body, which she preferred all the time. The latter method lasts for one to three minutes.

Cryotherapy is basically as the name suggests — going inside an ice chamber and maybe even freezing yourself. It is a new and developing treatment for various bodily discomforts. It helps with blood flow and circulation, calorie-burning and such, Olivia has learned. Like any other therapy, it also requires a therapist to speak to you.

So spas are not just for showing-off that you can afford to go to one!

After her parents were arrested, Olivia Jade was left estranged, according to the media, as she was afraid her career might be over because of that. She and her sister, Isabella Rose Giannulli, were enrolled in USC's rowing team when neither of them had any interest in the sport.

Both of them were out of social media for a long while until Loughlin's birthday. They wished her a happy birthday. She returned to YouTube as well. It seems she'd returned to the family house after reportedly leaving her parents' house after the disgraceful arrests.

The two were spotted out shopping, and people noticed how Olivia Jade looked almost unrecognizable. As is obvious, they speculated a possible weight loss.

In her latest two videos, comments came rolling exclaiming she's lost a lot of weight. It's possible that she did lose a little more as her face looks a little bony as the jaw area looked a lot thinned out and hands are thinner than they used to be. Many of the viewers are concerned about her health.

Whatever the situation with Olivia Jade, people are still concerned.
Source: YouTube

On the topic, Olivia Jade has also uploaded several other YouTube videos that can be somehow related to weight loss. For two years in 2017 and 2018, she uploaded 'What I eat in a day' videos on YouTube as a vlog for healthy eating. She also made videos about her fitness routines and more food-related topics.

The case against her parents is developing a step forward as we speak, as new reports come in every day. Aside from that, the younger daughter seems to be thinning up. Maybe with the return to her happy place, she could maintain her body weight without stress.

Stay tuned with GlamourFame for more Entertainment content. Olivia Jade and their parents' stories have been covered many times. Check them out if you've missed anything.