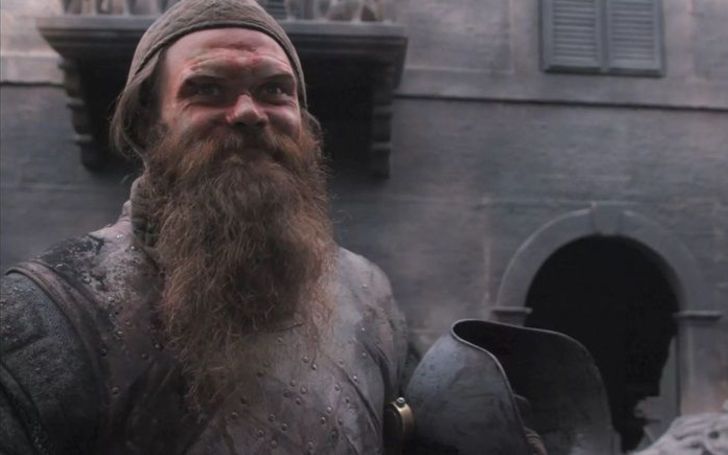 Andrew McClay, a Game of Thrones actor is the greatest extra in TV history.

Game of Thrones: The Last Watch, the documentary that focused on the making of the series’ eighth and final season aired on HBO last night. The detailed flick cast some light on almost every one of the show’s cast. As it turns out, one particular actor is being lauded as the unsung hero of the show after the documentary made its way to the screens.

Andrew McClay used to be a major part of the background often showcasing his talents in the sidelines of Game of Thrones episodes. The prolific extra commenced his GOT journey as a Baratheon soldier in the fifth season and moved up to serve as a Stark warrior in seasons six, seven, and eight. After The Last Watch aired on Sunday evening, many people took appreciated McClay’s hard work through the internet.

After seeing Game of Thrones: The Last Watch, it must be said. There has never been assembled a greater crew than this one. Their passion, dedication, and skill gave life to this incredible series that changed our lives.

Here's to you, the unsung heroes. Thank you for everything

Where is internationally critically acclaimed 8 season extra Andy McClay and is he doing ok and does he need anything pic.twitter.com/eWNOefoELR

McClay’s love for Game of Thrones is like no other. Although he was a part of a number of seasons the documentary showcases McClay being dazzled by the production as well as his costumes and makeup further added by the show’s stars.

Don't Miss: Why Did Game of Thrones Change The Night King Actor in Season 6?

Game of Thrones extras are provided a customized jacket in the form of a gift, and McClay received a Stark jacket with a direwolf on the back with “The King in the North.” wrote on the sleeve. McClay held such admiration towards Jon Snow that he gave his jacket to Kit Harington.

Check out: The Last Watch's trailer.

“He’s now trying to give me money for it,”

“but I won’t take no money for it. I just wanted to give Jon Snow his jacket, big time.”

Background actors are the ones who make the show the true marvel it is( or was watching the 8th season) putting in hard, long days into their work. According to an extra in King’s Landing, a Game of Thrones extra gets paid around 94.85 euros (about $107) for a 14-hour long shift after the actor’s agency takes their cut. Moreover, he sure portrayed Aberdall Strongbeard out of his sheer love for the show as it's pretty clear that McClay wasn’t in the show to earn a hefty pay.