home Entertainment Georgia Steel Net Worth - How Much Did She Make From Love Island?

Georgia Steel Net Worth - How Much Did She Make From Love Island? 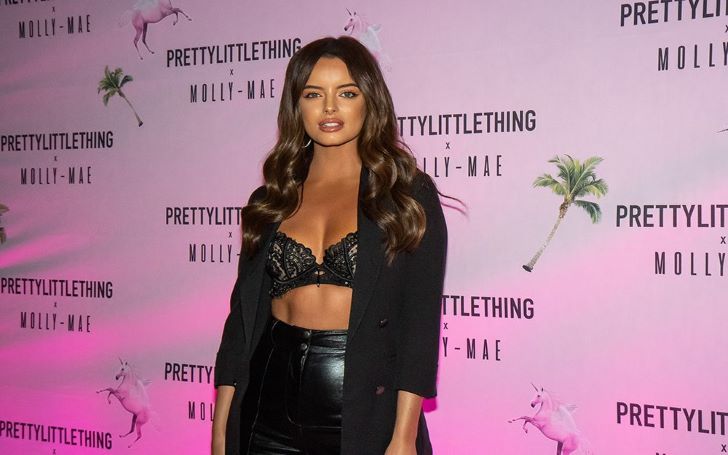 Georgia Steel is a reality star who came to prominence after appearing in season 4 of the British reality show 'Love Island.' Born in Thirsk, England, she was studied acting at ALRA and completed her training as an actress at St Mary's University.

Prior to her appearance in the Love Island, Steel also worked as a barmaid and a dance teacher. She started her television career at the age of 15 in two episodes of the CBBC sitcom 'All at Sea,' portraying the role of 'Amanda Bryce.'

Georgia is popularity soared after she appeared on the reality show. So, how much wealth does she earn from her hefty career?

How Much Net Worth Does Georgia Steel Possess?

Georgia Steel holds the net worth of $300 thousand to $500 thousand.
Source: Planet Radio

Georgia Steel possesses the net worth of around $300 thousand to $500 thousand. Moreover, she garnered this much wealth from her career as a reality star.

Apart from Love Island, she appeared as the main cast on reality shows like 'Celebs Go Dating,' 'Celebs on the Ranch' and 'Celebrity Coach Trip.' She also played in 'Hey Tracey', 'MTV Cribs', and 'Antiques Road Trip'.

Also Read: Youtube Personality Lana Lokteff - What is her Net Worth?

Meanwhile, the actress will appear on the MTV show, 'Ex on the Beach: Peak of Love' as a main cast. Moreover, her fiance, Callum Izzard, will also appear on the show.

Georgia Steel not only gained fame but also earned a considerable sum of money after appearing on the British dating show, Love Island in 2018.

The 21 years old finished in eighth place alongside her then-boyfriend, Sam Bird, after being eliminated on Day 47. As per reports, she earned $221.23 per week and $3.10 per hour as the contestant of the show.

Nevertheless, Steel was showered with a load of sponsorships, endorsements, and other monetary works after coming from the show. No wonder, she made a big stack from these works.

Georgia Steel dated numerous men, including Love Island star, Sam Bird and Will Sykes, grandson of the millionaire, and significant political donor Paul Sykes. However, her fling with the former football player, Medi Abalimba, cost her a lot.

Medi conned the Love Island star of tens of thousands of pounds from her bank account. He was then from the nightclub in handcuffs during a 'VIP party night' on September 13.

Recommended: What is Shanna Mendiola's Net Worth? How Did She Manage to Accumulate Her Wealth?

Abalimba was previously arrested for breaking into lockers at a private health club to steal credit card details before splurging on designer clothes and five-star hotels back in 2014.

Steel admitted that she was aware of his criminal history but said she still gave the relationship a chance thinking she could change him. Well, her wrong decision cost her thousands of money.