home Movies & TV Shows Grey's Anatomy - Why Did Meredith Name Her Daughter After Her Mother Despite Hating Her?

Grey's Anatomy - Why Did Meredith Name Her Daughter After Her Mother Despite Hating Her? 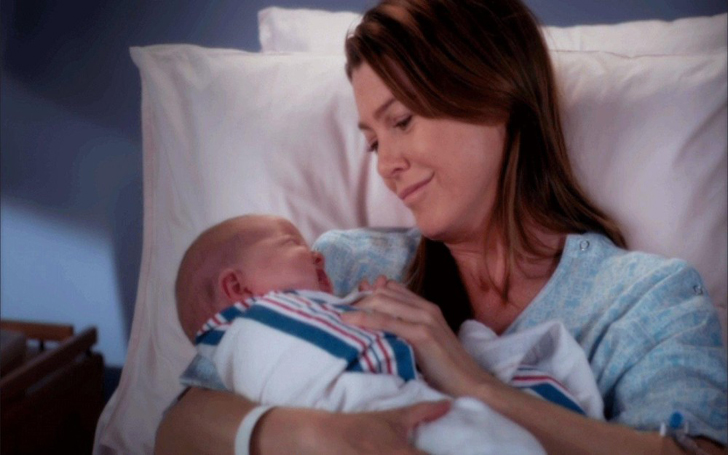 Why did Meredith name her daughter after her mother when everyone knows she hates her mother?

'Grey’s Anatomy' gave the fans a lot of controversial moments over the years, and there is no shortage of the outrage caused by the show over the years by the choices made by the writers of the show and the way the characters made some of the decisions in the show. There was one other controversial situation for the fans of the show, and it was discussed in a recent Reddit thread on the Grey’s Anatomy page on the public forum.

The name of the youngest daughter of 'Meredith Grey' was the cause of discussion in the site and people were confused and angered by the fact why Meredith would name her smallest child and her last with Derek with her mother’s name. 'Dr. Ellis Grey' is by no means the favorite character of the show and her appearance in the early seasons of Grey’s Anatomy was one of the most hate generating factors for the creators of the show.

Watch: Meredith Grey and Ellis Grey were not particularly friendly with each other

Meredith’s mother resented her and when she was a kid, treated her as a hindrance for her surgeon career this was already making the mother-daughter hate each other and then there was the attempted suicide by Ellis in front of her daughter with Meredith needing to call the ambulance when she was only five years old.

They never mended their relationship and when Ellis made her daughter hide the Alzheimer’s from the hospital the secret eat Meredith from the inside which clearly widens the chasm which opened between the two when she was only a child. So, no, the mother and daughter were not fond of each other and if given a choice then to not be in each other’s life then, they would’ve happily taken the choice and gone away, but the two characters were attached at the hip.

Ellis dies in season three and after the moment we get pretty little mention of the woman in the show but then in season 11 another shocker of a death rocked the show, 'Derek' died. Whether the show got better or worse after the death of the leading man of the show is for the viewer to decide, but then we see Meredith pack her bags and leave the whole thing behind while getting ready to give birth to her third child.

Watch: The death of Derek in Grey's Anatomy

There was some reminiscent story telling in season 11 when they tried to draw some parallel between the mother and daughter and the generational shift of the behaviors from mother to daughter to daughter again. This was also probably the reason why she was naming her daughter after the name of her mother. She was probably honoring her memory and promising she was not going to do what her mother did with her children.

But this sentimental touch was seemingly forced according to fans who didn’t buy into the whole, naming the kid after her mother. The rightful person, the kid, should’ve been named after was the sister of Meredith according to fans. She was a fan-favorite character and died in season 9 which means naming the kid after the sister she was close with would’ve carried more sentimental value then naming her after her mother; someone Meredith never saw eye to eye with.

The way Meredith’s mother was portrayed on the show was a little harsh, and maybe the writers were trying to get her more likable build her, a better legacy then she left behind. Just look the season 14 episode where she was shown in the room clapping on her daughter. Naming the little kid was the way to make people not hate Meredith’s mother, and fans were not likely to bend to the will of the writers.

Before you leave, make sure to click on Entertainment section to get more information on all your favorite celebrities also, do not forget to visit Glamour Fame to be in the know about all the happenings of the entertainment world.