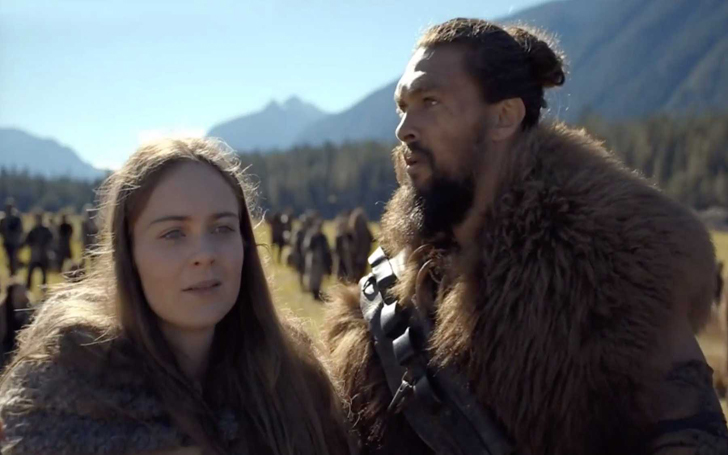 Hera Hilmer is not exactly the name of the actress from Iceland; her real name is Hera Hilmarsdóttir, try pronouncing and not bungling her last name, go-ahead try. She goes by Hilmer in Hollywood, and the 30-year-old is only recently making her mark in the world’s biggest movie-making market.

The first major role of her career was playing 'Vanessa Moschella' in the hit Starz show 'Da Vinci’s Demons.' The show was a fictional retelling of the story of Leonardo Da Vinci and Hera played one of his models. This was her call to fame, but with each passing job and casting, she was able to get the role of 'Hester Shaw' in the 'Mortal Engines' adaptation by producer Peter Jackson.

The movie was not a success by any measure, and the whole thing bombed huge, causing all the sequel chances to be thrown in the bin. Based on the Philip Reeve books, there was huge potential in the series with the actress playing the starring role in the film. But making $83 million against a $100 million budget and the studio losing close to $200 million on the film is not something which starts a franchise.

Still, the actress was able to parley her great performance in the movie into casting in one of the most expensive TV shows ever created. The actress was hired to play the character of Maghra in the show ‘SEE,’ and according to the show’s description, she is the female lead of the series.

So, Who is Maghra in the Apple TV+ Series SEE?

Hera is portraying the character of 'Maghra' who is the wife of the tribal warrior 'Baba Voss' in the series. She, like everyone else, living in the new world is born without the ability to see, and when the series opens, we will see Baba Voss and Maghra are married. She is also pregnant, and when she gives birth to two children, they feel something wrong is going on.

The parents of the kids, Baba Voss and Maghra feel there is something wrong with their children. Then both of them realize the two kids can see, for hundred years the human race was not able to see and all of a sudden there were these two kids, a girl and a boy, who were gifted back the ability.

Though the characters are not able to see in the series, it seems the show is going to be action-centric, and Maghra is not going to let anyone harm her children or let them be taken away. The redemption of the human race depends on the survival of the two kids, and Maghra is going to protect and nurture the two hopes of humanity.

Hera’s character Maghra is the leading lady in the series which means she is going to appear in all of the ten episodes. Going by the trailer, she appears to be a strong woman who is thrown into a battle between tribes for the survival of everyone.

This show is going to be the announcement party of the new streaming service by Apple, and it is not going to make or break the service, but it is sure as heck going to set the tone for the infant service in the battle for dominance for the streaming services.

Watch: The trailer for the first season of SEE coming to Apple TV Plus

SEE is going to premiere on 1 November 2019 in conjunction with the release of the streaming service Apple TV Plus.

Before you go, we are doing a cast run-down of the characters of SEE so make sure to check out our Entertainment section to get all the information you need before the show premieres. Also, there is Glamour Fame where you can see everything our writers are up to today, don’t miss out. To know more about the new and upcoming series and movies, head on over to Movies & TV Shows to always be in the know.