Hilary Duff Is Married! The Secret Wedding with Boyfriend Matthew Koma Revealed by Duff Herself 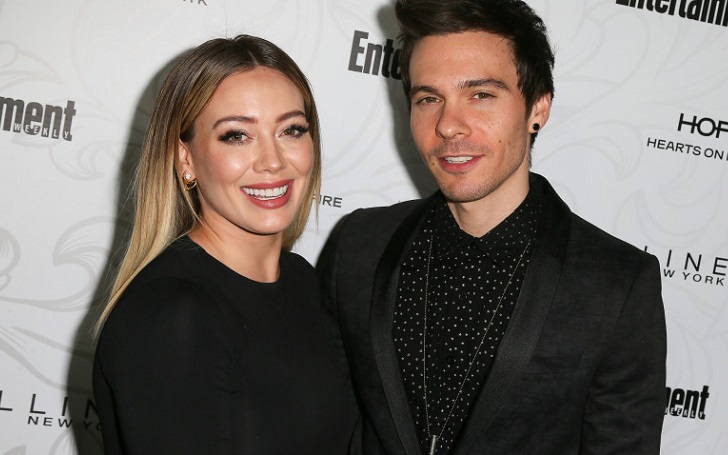 Singer/actress Hilary Duff got married to fiance Matthew Koma over the weekend in a secret wedding ceremony.

One picture was what 'Lizzie McGuire' star Hilary Duff shared with the world that gave people something to cheer on for, or rather be surprised about. Hilary Duff gave her fans the moment they were waiting for with her wedding photo with, now husband, Matthew Koma.

The portrait, shared by both Duff and Koma on social media, showed the couple in their wedding attire standing next to a vintage Jeep Grand Wagoneer adorned with blush-colored roses. The words "just married" were beautifully written on the windshield of the jeep with the classic empty soup cans tied to the bumper by strings.

The 32-year-old captioned her photo, "This", while Koma's photo affirmed the wedding happened on Saturday, December 21. Duff also tributed her stylist Jessica Paster, makeup artist Kelsey Deenihan and hairstylist Nikki Lee for their efforts to make her look the best at the wedding, in a later video shared on her Instagram page.

The 'Chasing the Sun' singer took Vogue into her final wedding dress fitting moment and shared about how she and Paster went around looking for the perfect dress before choosing designer Jenny Packham's custom-made bridal gown.

The mother-of-one went on to talk about the moment of engagement seven months ago. In the process of telling a beautiful story, she got a little extra emotional. "When Matt proposed to me, we were living in New York, and I was working on a TV show. I had a very long day, so he's like, 'Let's go on a walk. You had a long day', and 'Let's just get out and like chat and catch up, and there's this new park I wanna take you to.' "

After a short walk, Matt declared he was working on something and assured her she'd love it. Then he gave her a book he made all by himself, depicting their story in illustrations and writing, which had a ring at the end. As she told the interviewer about the ring, she cried out a little.

Watch: Hilary Duff Takes Vogue Inside Her Dress Fitting for the Wedding

The pair also shared several moments of the evening wedding on their Instagram Stories. A source detailed the ceremony, "The ceremony started at sunset, and they got married inside the house. When the ceremony was over, guests cheered. The reception was in a white tent in the backyard. Her sister, Haylie, was very involved in the wedding prep too. Hilary and Haylie are very close."

Another eyewitness shared that her 7-year-old son Luca Cruz took the mic with his own announcement. "They thanked everyone for being there and then yelled, 'Party!'. Everyone erupted in laughter and got a big kick out of them."

The 32-year-old is the mother to two kids, her daughter is with Koma.
Source: NTB Scanpix

The singer was first linked to the songwriter in early 2017, but reportedly broke things up that March. However, later that September, there were hints that they were back together again. They reunited soon and announced they were expecting a baby in May 2018. Daughter Banks Violet Bair was born on October 25, 2018.

Duff's son, Luca, is from her past marriage with Mike Comrie.