home Lifestyle How is Stacey Weitzman's Health? Get All the Details Here!

How is Stacey Weitzman's Health? Get All the Details Here! 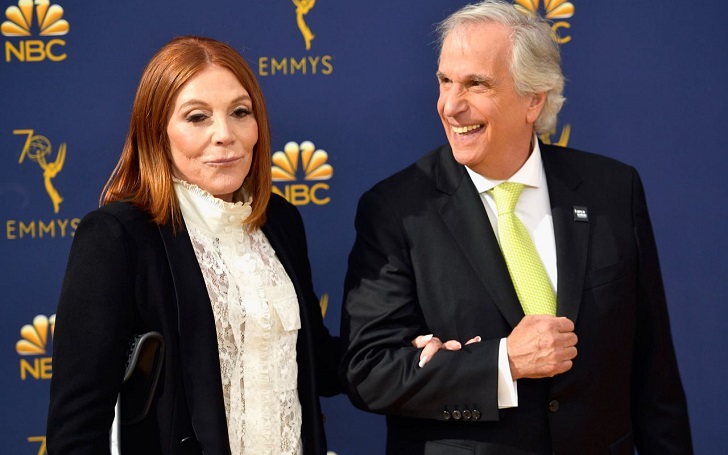 Celebrity wife Stacey Weitzman was diagnosed with cancer in the past. How is she today?

Stacey Winkler (née Furstman, and previously Weitzman) had one heck of a ride with her health problems in the early 2000s. But it was not at all doom and gloom for the recently turned 74-year-old. She had her husband by her side and her daughter to look after her.

In the glitz and glam of Hollywood, it's hard to find a perfect couple, but as with numerous examples, Happy Days' 'Arthur Fonzarelli' actor Henry Winkler has made it with Stacey for over 40 years of marriage. Especially considering Stacey is a breast cancer survivor, there's nothing to not admire about the couple. They have two lovely children as well, son Max (b. 1983) and daughter Zoe (b.1980).

Aside from all the occasional health issues, Stacey went through a major hurdle in her life almost two decades ago. She could have been fighting for her life, but she turned out well. Fans don't need to worry about her health; she's all cured now.

In 1998, Zoe moved out of her parent's house to study in Wisconsin, which was a pretty emotional moment for Stacey and Henry considering how they raised her pretty close by them in every step of her life till then. Henry's fame as 'The Fonz' or 'Fonzie' did not stop him from attending every PTA meeting at Zoe's school. He was there when she got her driving license too.

However, two years later, she returned back to the couple's Brentwood home. And a little later, in 2001, the family learned that Stacey had breast cancer. It was treated the first time but did give way to a lot of sadness when it re-emerged a few years later.

Then enough was enough, and she underwent a double mastectomy. Since then, she has been living a cancer-free life with no signs of returning the disease.

After she was cured, she and Henry asked Zoe to move out and continue with her college. Now, Zoe has been married to Rob Reinis since 2009 and has three kids with him.

Stacey Was Divorced with a Son When She Met Henry

Stacey and 'Fonzie' are back in the day.
Source: Foz News

In the same year of her divorce, she met Henry in an LA clothing store when he was there to get a sports coat while she was working. A week later, when he came to pick it up from her, he asked her out. The rest is just history, a real one, in the celebrity world.

Forty years of being together is no easy feat for today's couple. Their example shows people that despite the pool of fame Henry was swimming in, celebrity couples can last if the people are right for each other. On a side note, Stacey also has acting credits to her name.

Stay tuned and connected to GlamourFame for more Entertainment updates on your favorite celebrities.