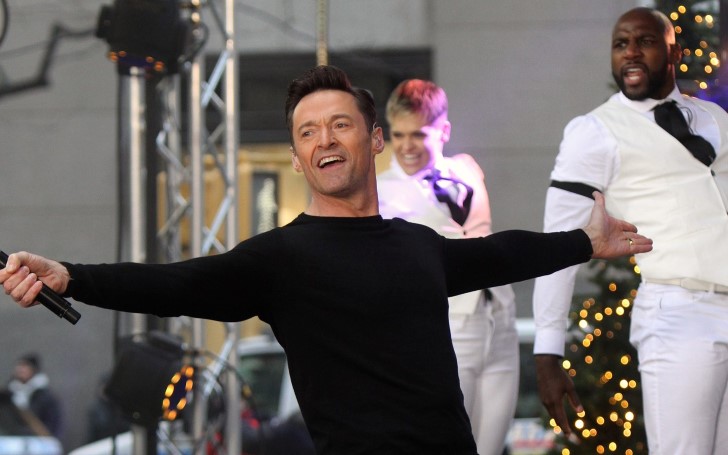 Hugh Jackman to star in the Broadway revival of 'The Music Man'.

The contemporary stage star, and the Tony, Grammy, and Emmy-winning actor Hugh Jackman is set to play Harold Hill in a major 2020 production of the 1957 Meredith Willson classic.

On Wednesday, producer Scott Rudin confirmed Jackman will star in as Harold Hill in the 2020 Broadway revival of the 1957 Meredith Wilson-composed musical classic for the first Broadway musical role in 16 years.

Earlier on Tuesday, Jackman also teased the announcement on Twitter by posting a photo of a suitcase and trombone with a luggage tag reading “Professor Harold Hill”, with a caption “The Music Man. Broadway. October 22, 2020.”

The musical follows the charismatic conman "Professor" Harold Hill,  who comes to the small Iowa town of River City posing as a boys’ marching band organizer and intends to abscond with the cash he collects for musical instruments and uniforms. However, the Prim librarian Marian sees through his scam and plans to reveal the truth, but romantic complications ensue.

In a statement, Jackman revealed the first time he ever took part in musical was in the phenomenal The Music Man which inspired him to be a part of the theatre.

"The first musical I was ever part of was the phenomenal The Music Man. The year was 1983, and I was at Knox Grammar School in Sydney, Australia. I was one of the traveling salesmen, and I think I can actually (almost) remember that unforgettable opening number! That was probably the moment when the magic of theater was born in me."

Further, the award-winning actor told the idea of The Music Man back to Broadway always struck him and when Rudin finally called him to star in the phenomenal movie he was "thrilled."

"The idea of bringing The Music Man back to Broadway has been lurking in the back of my brain for a long time, maybe even for 35 years. When Scott Rudin called me with that very idea, I was floored. To finally be doing this is a huge thrill."

Likewise, Rudin also released a similar statement stating he felt immensely excited to present Hugh in what he assumes to be the best role ever written for an actor in all of Broadway musical theater.

"There is just no way to accurately describe the level of excitement I feel about the opportunity to present Hugh in what I think is the best role ever written for an actor in all of Broadway musical theater."

Also see: Marvel Theory: Wolverine To Be Introduced In The Post-credits Scene For Avengers: Endgame?

Recently in 2019, the actor also announced his solo world tour, showcasing songs from his movies Les Miserables and The Greatest Showman among others. The Man. The Music. The Show kicks off in May where Jackman will be backed by a live orchestra.

The Music Man revival directed by Jerry Zaks with choreography by Warren Carlyle commences previews on Sept. 9, 2020, before officially opening on Oct. 22 at a Shubert theater yet to be announced.

Group tickets go on sale from June 9 this year, with single tickets available from Sept. 15 while additional details, including the casting of Marian, will be announced shortly.