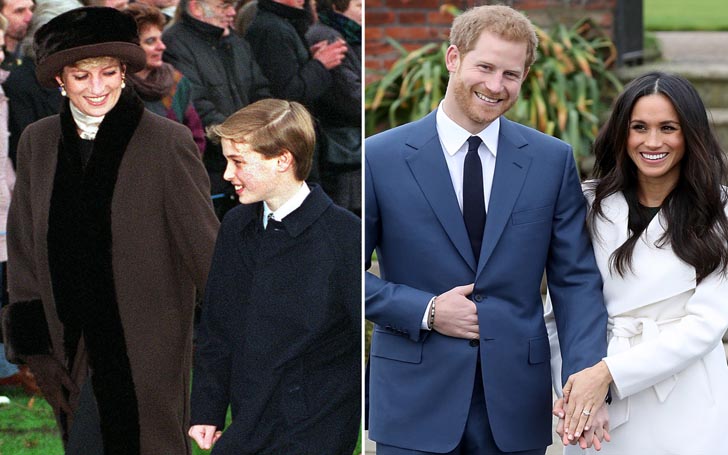 Prince Harry is filing a suite against the parent company of Daily Mail and cites his mother in the statement.

The cup of Price Harry’s patience is filled to the brim and he is done with all the tabloid media calling his wife names and going after every aspect of her life. The first non-white member of the Royal Family who is in-line to succession even by a slim chance is something which is rubbing most of the people at the tabloid media the wrong way.

They cannot see a brown skin kid and a mixed-race royal baby running around the Buckingham palace which means attacking and making the life of the Duchess a living hell. There is no shortage of critics when it comes to the Duchess of Sussex, almost all the media outlets speculate about the split of Harry and Meghan Markle and then there are the outright scornful media outlets like Daily Mail who just want to see the Duchess reduced to a stereotype.

But this is all getting out of control, the constant coverage of the Duchess’s father, the exploitation and feeding money to the family members who would say anything bad about the Duchess for the right amount. Every family’s got a problem and no one who is born on this world is perfect. The Duchess isn’t either and when the media twists and turns her words she wrote in a private letter to sell copies of their magazine, Prince Harry is not sitting back anymore.

The royal couple is filing a lawsuit against the parent company of Daily Mail for the violation of the United Kingdom’s Data Protection Act 2018 and also numerous other privacy claims. The law firm the royal couple hired said the private information of the Duchess was twisted to fit the narrative of the mail and they are not going to let any of it slide.

The lawsuit was not the only thing Prince Harry started with the Prince writing a heartfelt and equally scathing statement of what this campaign of ruthlessness shown by the blood-sucking tabloid media was reminiscent of.

“I’ve seen what happens when someone I love is commoditized to the point that they are no longer treated or seen as a real person,” the Prince wrote. “I lost my mother and now I watch my wife falling victim to the same powerful forces.”

Prince Harry also accused the tabloid media of using the private letters of his wife to her father and editing them “in an intentionally destructive manner” and trying to manipulate the readers by portrays things in a different light, “There is a human cost to this relentless propaganda,” Harry said.

“Specifically when it is knowingly false and malicious,” the Prince continued. “and though we have continued to put on a brave face – as so many of you can relate to – I cannot begin to describe how painful it has been.”

The thing is this is all so reminiscent of the past and Price Harry was only a kid then but he was still privy to constant media attention his mother received and ultimately led to the death of the People’s Princess Diana in 1997. Everyone knows what happened before the death of the Princess, she was in Paris and while trying to escape the paparazzi car got into an accident which led to the demise of one of the most beloved figures in the history of British Royalty.

Prince Harry is right in wanting to stop these malicious attacks on the character and the family life of someone he is close to. She is the mother of his child and the partner of his life and these attacks take a toll in the long run, they may be putting on a strong face but there is a little damage done every time a fake story is published and people need to learn, it is not okay to make money on corpses, but considering the political climate we are now, what use is there even talking anymore.

Before you leave, make sure to check out our Entertainment section and also visit Glamour Fame to be in the know of the daily happenings in the world of celebrity news.