home Movies & TV Shows IT: Chapter 2 Is The End Of The Book And Movie But Is There Room For A Third Movie?

IT: Chapter 2 Is The End Of The Book And Movie But Is There Room For A Third Movie? 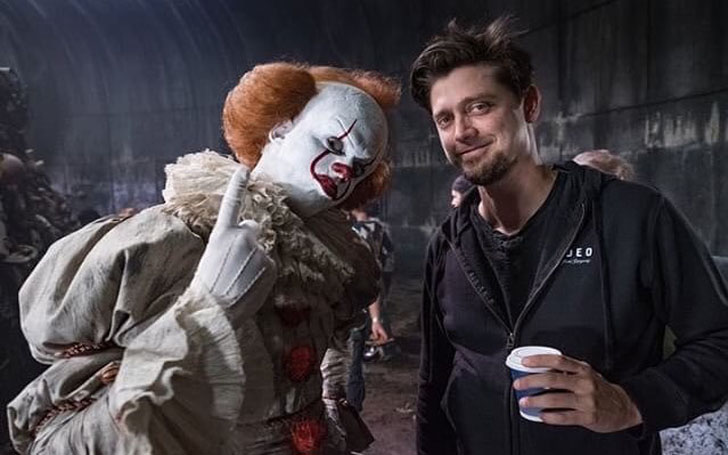 It: Chapter 2 is blowing up the box office but what are the chances of the movie returning for a third outing?

It: Chapter 2 just arrived in theatres with good to average critical reception and the movie ended on a comprehensive note in the same way Stephen King ended his book but considering the success and the reception of the first two movies it seems right for Warner Bros. to draw from the same well again and make another movie.

We want to preface this whole thing by saying this is just going off the words of Bill Skarsgard, who plays Pennywise and the director of the two movies Andy Muschietti. And all of this is just speculation at this point, there is a high probability the studio will greenlight another film, but there is no confirmation as of yet for the third film in the highly successful franchise.

In a recent chat with Entertainment Weekly Bill said he would be open to returning to the franchise if the story is right and the scriptwriters found an ingenious way to tell a different story.

Bill said, "The book ends where the second movie ends, so that is the final chapter of this story. There is this interesting aspect of going back in time before all this happened. There might be a story there that might be worth exploring. Obviously that would be a story that's not in the book, it would be a freestanding story, but obviously within the same universe. So, there might be something interesting out of it. I think it would be fun."

Pennywise or more so IT is an alien being who crash-landed on Earth many billion years ago before humans even walked the Earth. There is a massive story behind the whole existence of the Eater of Worlds and even though Stephen King wrote in his books about the first appearance of the monster being in the early 18th century. The second part of the beloved movie expanded on the mythology set by the books and allowed themselves even more room to work with.

There are no books to go by if the people behind the camera, Bill and Warner Bros. decide to go forward with the movie the whole thing will need to be a new story and considering how the second chapter ended any future film needs to be a prequel which makes the whole prospect of the IT even more interesting.

Watch: The trailer for IT: Chapter 2 which is now playing in theatres

According to the box office news coming in, IT: Chapter 2 opened with $91 million at the North American box office in the first weekend which was lower than the $123.4 million record-breaking gross of the first movie but the second movie was at a disadvantage. The run time for the second movie stood at 2 hours and 49 minutes, whereas the first movie was slightly above two hours. Also, this is not the type of film where people flock to the theatre in the opening weekend; this one will be a slow burner and make up some ground to the original by the time it is out of the theatre.

Considering the success of the movies and the fans' reception for the two films, no one would mind coming back for a third time to watch Bill Skarsgard amazing performance. The story which can be made for a shape-shifting alien in the early stages of the US is an interesting prospect and the rich history possessed by IT is also the thing which makes the idea of a third movie, interesting for the director, Andy Muschietti, but he also stated there is nothing on the table for now when it comes to a third movie in the franchise.

Andy said, “Mythology is something that always has opportunities to explore. It has been on Earth for millions of years. He's been in contact with humans for hundreds of years, every 27 years. So you can imagine the amount of material.”

“It's always exciting to think of eventually exploring this mythology,” Andy continued. “It's very exciting. But, for now, there's nothing on the table [for a third movie].”

We head of the scenes cut from the movie which were part of the early drafts of the script for the films. There was this one scene the writers and the director cut from the movie which showed IT in the 1600s with a translucent body mimicking the looks of a human but failing, so the monster just looked a blob of material in the form of human shape. The monster threatened the woman and told her to make a choice, either, give up her daughter for the monster to consume, or IT is going to kill all of her family. The lady gives up her little girl to save her family.

There were so many things left out of the second movie, like for the fact ‘The Ritual of Chud’ how did the native Americans came up with the ritual and how were they able to tell the monster arrived from the sky when they were not alive to see IT crash-land on Earth. There are many things a prequel can address, and most of all, the Deadlights. We only saw and heard about the Deadlights in cursory terms, and the way it was portrayed gave the feeling Deadlights were the original form of the monster, and a prequel can address this whole thing.

IT: Chapter 2 is currently in theatre, so make sure to check it out, it is funny and scary and a whole lot of fun.