Jannah Actor Naomi Ackie Sheds Some Light on Her Character in Star Wars: The Rise of Skywalker 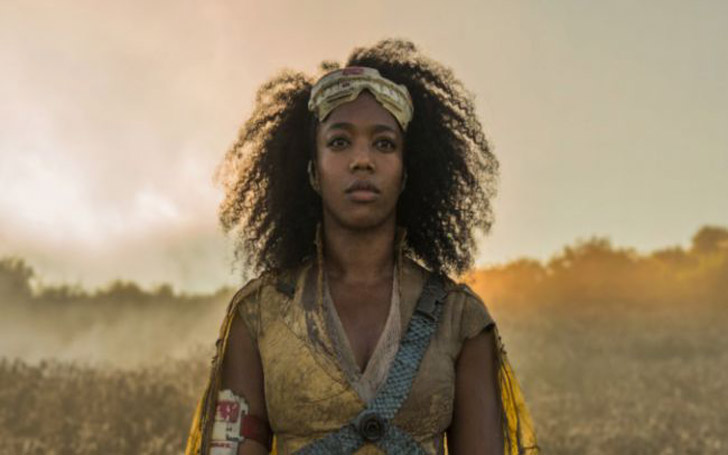 The character from the upcoming Star Wars: The Rise of Skywalker shares some detail on her involved in the film.

We are little over two months away from the conclusion of the 'Star Wars' story with what is supposed to be the final installment in the Skywalker saga. 'Star Wars: The Rise of Skywalker' is releasing on 20 December 2019, and there is little to no information coming from Disney or the people involved in the movie.

Considering this is the last movie in the Skywalker saga, we understand the secrecy, but then there is also a whole lot of new information in the film, which is hinted at in the trailers but not explained. There are also few new characters joining the saga, and one such character is 'Jannah,' played by Naomi Ackie.

“Jannah is a warrior, and she comes into contact with the rest of the group at a point where they need some help,” the actress said. “She is part of the Resistance, and she’s spent a long time acquiring skills that might be helpful when it comes to the big conclusion of the film. So she shows up at the right time.”

So, she is fighting for the Resistance and will appear at the opportune moment in the movie, doesn’t clear much up, but it is better than nothing. Her character in the film will be with a bow and arrow, and she will be riding a horse like a creature called “orbark,” and for the sake of filming, she needed to go through a lot of training.

“I was training for seven months, three times a week, at an amazing horse ranch called The Devil’s Horsemen,” Ackie said, explaining her training for horse riding. “By the end of it, I could canter without any hands. I could play catch with balls while on a horse… It’s the best part of the job – you get paid to learn!”

The fact Billy Dee Williams is coming back in 'The Rise of Skywalker,' there was even more fuel to the fire, and the speculation raged on. And when asked about the fan theory, she neither confirmed nor denied the theory instead opting to say, “Lando is a very charming man, so he could have children all over the universe, that's all I'm saying.”

Watch: The trailer for Star Wars: The Rise of Skywalker

For all the answers to the burning questions, we need to wait until the movie hits the theatre on 20 December 2019.

Before you leave, make sure to click on Movies & TV Shows to know more about the Star Wars series (present and past). Also, do not forget to visit Glamour Fame to be in the know of all the happenings in the world of show business.