home Entertainment Who is Jared Goff's Girlfriend? FInd Out About His Relationship in 2020

Who is Jared Goff's Girlfriend? FInd Out About His Relationship in 2020 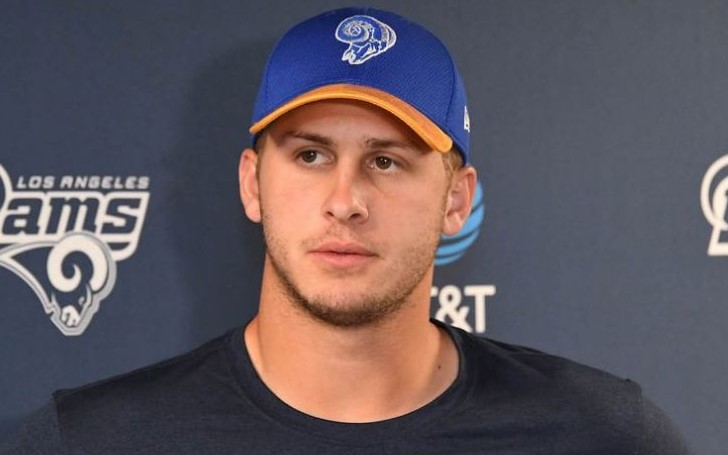 Here's what you should know about Jared Goff's girlfriend in 2020.

Jared Goff (born Jared Thomas Goff) is an American football player for the 'Los Angeles Rams' of the NFL. Prior to his draft to Rams, Goff played college football at the University of California, Berkeley.

Goff started his NFL career in 2016, however, his initial impression was quite stifling as he did not quite perform at the physical test. But he improved his draft stock with a strong showing in the positional drills.

While many of you already know about his achievements in his career, how well do you know about Jared Goff's personal life? Let's find out who Jeff is dating in 2020.

Jared Goff's GIrlfriend in 2020, Whom He is Dating?

Jared Goff is, in fact, in a dating scene. Rams' quarterback is in a relationship with his girlfriend, Christen Harper. According to the reports, the couple tried to keep everything under the wrap but could not do it for too long.

The pair confirmed their relationship in 2018, however, there were still denials from the NFL quarterback, but since it's already confirmed, all those claims don't even make sense now.

Jared and Christen often make appearances on each other social profile, and they seem perfect together.

Who is Christen Harper?

Jared Goff's girlfriend, Christen Harper, is an American model and actress. More recently, she has established herself as a social media influencer as well. Harper boasts an impressive more than 255,000 followers on her Instagram profile.

Apart from her newfound fame, Harper has other notable credits as a model and an actress. Cristen began her modeling career from an early age, she was signed with LA Models and has campaigned for big brands like 'Guess' and 'Third Love.'

Harper, as an actress, has made her appearances on projects like 'Entourage,' a short film, and also starred in the sci-fi movie, "Auggie."