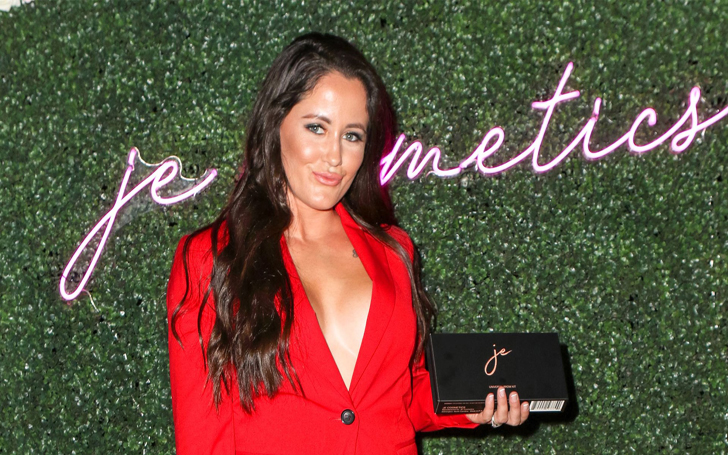 Jenelle Evans is not going to allow the spread of rumors her brand was dropped by the Manufacturer.

Jenelle Evans can’t catch a break, and people are just sitting back waiting for the former 'Teen Mom 2' star to fail miserably. Well, the dreams of most fans are coming true because her life is not going well even after the launch of her beauty line which is now being pulled from production according to an email posted by a twitter user.

The drama of her beauty line was at the forefront all summer with the former reality star seemingly scheduling and then delaying all the release of the cosmetic line multiple times. Then the cosmetic line was finally out during the New York Fashion Week, and the reviews for the product was not really, well, positive.

One of the fans people on twitter emailed the company which manufactures the product, and then the reply was what was really shocking about the whole thing. There were rumors the manufacturer of the product is dropping the brand and do all it can to refund the people who were hampered by the product.

The email, from XJ Beauty, the manufacturer read, “After what we saw happened in social media we saw something that our company does not stand for. We have already cut the ties/and did the business relationship with JE cosmetics.”

“So XJ beauty has nothing to do with JE cosmetics as of now,” the email continued. “The Shoptify store is currently under transfer, but we will be able to still refund you,” the alleged email continued.” It seems the company and the brand are no longer looking eye to eye, and the ethics of the whole thing was cited as the reason for the separation.

After the JE Cosmetics brand was released the Instagram page of the beauty product was flooded with negative reviews, and the company was also talking about refunding. “So XJ beauty has nothing to do with JE cosmetics as of now. The Shoptify store is currently under transfer, but we will be able to still refund you,” they ended the email shortly after.

The negative reviews were not enough to get the former cast of 'Teen Mom' to respond, but the idea of being dropped was the thing which pushed her to talk about the whole situation. “Due to the issues with the other company we were working with, we have decided to cut ties. We are sorry for anyone not happy with their kits. We will be doing meet and greets/giveaways for the kits while coming up with new products!” she posted on her Instagram story, which was later deleted.

Then she posted a slew of post on her Instagram story where she asked the fans not to believe anything which did not come from her. And also talked about the company switching formulas to and assured fans new products were on their way.

Well, new products or not, the dropping by the manufacturer must’ve stung a little in the heart of Jenelle considering this was her fall back plan after getting fired by MTV. The reality star is still hoping for the people over at MTV hiring her back, but it seems more and more unlikely every day. So, no beauty product and no reality TV, times are not being kind to Jenelle.

Before you leave, make sure to check out our Entertainment section to get all the news and gossip on Teen Mom, also, make sure to visit Glamour Fame to be in the know about all the happenings in the world of entertainment.