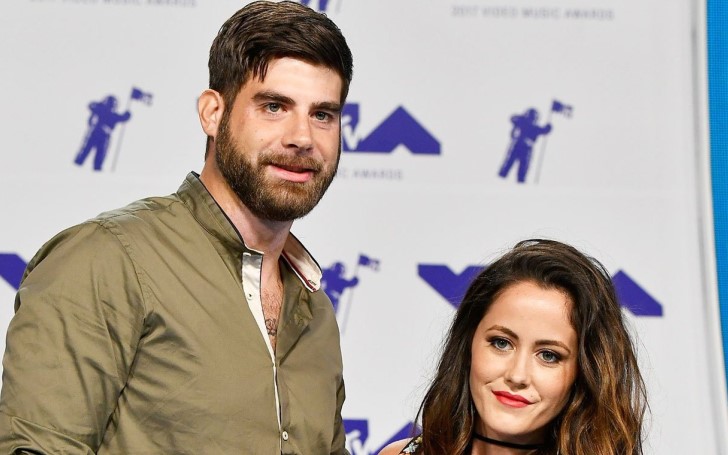 Teen Mom 2 star Jennelle Evans has quite a lot going on in her life, emotionally at least. Split rumors about Evans and husband David Eason are everywhere. Just last year, Evans was trying hard to get husband Eason back on MTV after he got himself fired and now she is on social media saying she is ''Single AF.''

So, what is going on here? Is Jenelle Evans walking away from her husband ? It hasn't even been two years since Evans married her current husband David Eason, is there trouble in Paradise already?

Are the split rumors about Jenelle Evans and Husband David Eason True?

Here's what we know so far. Us Weekly has confirmed that even though things are rough between teen mom Evans and her baby daddy, well one of her babies' Daddy, David Eason, things are not over. However, most things point towards an already broken marriage.

Although not over, sources have revealed to Us Weekly that the couple has been fighting a lot and that Jenelle says, ''He hasn't been home.'' The source also added, '' They aren't broken up.''

Another source told Us Weekly that they weren't surprise saying

“What else is new? David and Jenelle are always fighting, he won’t come home for days at a time. I would be surprised if they weren’t fighting. Now that would be shocking.”

The most recent separation rumors started on February 16, only two days after Valentines Day, after Evans posted her picture on Facebook with a caption that read ''Single AF'' accompanied by a shrug emoji. She followed that up by changing her status to ''Separated.'' According to an insider, Eason did nothing for Jenelle on Valentine's day.

She was quite cryptic on Instagram stories as well. She was seen listening to breakup sons like Solo by Clean Bandit., Better Now by Post Malone and ''Learn to let go'' by Kesha.

The split rumors between Jenelle Evans and David Eason might be shocking at first but when you go through the timeline of the drama in their marriage, it all makes sense!!

What happened on Valentine's day?

According to an insider husband David Eason ''did nothing for Jenelle on Valentine's Day.'' Apparently, Jenelle was quite upset and hurt over it. Another source revealed that it is mostly because of David why the couple is not getting along.

On 17th February, 3 days after Valentine's Day, Eason posted a disturbing photo of a man's back riddled with bullets.

Written on the photo were words, ''Bird Shot Vs Burglar. Moral of the story Don't break into people's houses''

After Jenelle Evans posted her picture on Facebook captioning it ,'' Single AF'' David Eason Changed his status to ''Single.'' Evans also changed her status to ''separated.''

Evans also posted, '' wonder where my husband went,'' after the splitting rumors. A source revealed, '' Something bad happened on Valentine's Day.''

On February 18th, David Eason changed his profile picture on Facebook and captioned it, ''This bitch is my ride or die.'' It was a picture of him holding a gun and laying down.

Previously, his profile photo was him and Evans kissing. The earlier source who revealed about the couple's troubles also added, '' Evans has been moody.''

In 2018, David Eason got himself fired from MTV after going on a homophobic rant on TV. Every since, Jenelle Evans had to avoid including husband Eason in her TV life. She did however tried to get him back on MTV desperately, however, it didn't help. Maybe David Eason not being home has to do with the fact that he can't be in her TV life?

There is more drama though. Now, there are rumors on social media that Jenelle Caught Eason cheating and kicked him out.

Also, it is important to note that back in 2018, Evans made a 911 call saying, '' My husband pinned me to the ground.'' She later downplayed the incident saying she was drunk and that it was a misunderstanding.

That doesn't seem to be the case now does it? Guess we'll find out soon, either on Teen Mom 2 or on social media.