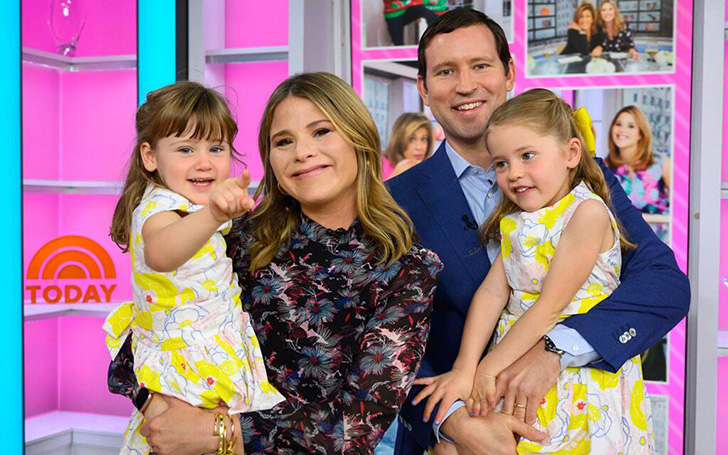 Jenna Bush Hager And Husband Hanry Hager's first son is on the way.

The daughter of President George W. Bush and the ''Today'' correspondent, Jenna Bush Hager made the announcement Monday on the NBC morning show.

It all started when anchor, Savannah Guthrie was talking about Jenna's two daughters Mila and Poppy and their matching outfits on Easter. Savannah asked,

Craig Melvin had no idea on what the two ladies were talking about. So, he spoke,

When Craig guessed she was pregnant, Bush Hager confirmed the news. To know more check out this tweet:

.@jennabushhager has some *big news* to share… she’s pregnant! pic.twitter.com/eIWXsCEwhf

Bush Hager first told the news to her two daughters but they haven't been able to keep the news a secret. So Bush Hager figured she might as well tell everyone.

See More: Congratulations Are In Order As Amy Duggar Gets Pregnant With Her First Child!

As per Jenna, ''I'm only telling because Mila and Poppy found out yesterday in their Easter baskets," she explained. "They told the man behind me on the airplane. They told the people at church."

.@JennaBushHager told Mila and Poppy that she’s pregnant and they had the sweetest response! ♥️ pic.twitter.com/CqmYDUYEoa

Bush Hager also waited until the fourth hour to reveal that she is having a boy.

Is Jenna having a boy or girl? Watch her gender reveal! pic.twitter.com/hBk8gQlyZh

When it comes to Jenna's married life, she married her husband, Henry Chase Hager in 2008. The couple shares their first daughter, Margaret Hager in 2013 and second daughter Poppy Louise Hager in 2015. And now, she is pregnant with her first son.