Jodie Comer Spotted For Late Night In A Sexy Jumpsuit.

The 26-year-old actress, Jodie Comer was spotted on her way to late night with Seth Meyers on Wednesday on 10th April 2019.

The star looked flawless in a slinky velvet black jumpsuit. While long sleeves and flowy, wide-legged pants kept things comfortable, a sexy keyhole flashed an ever-so-subtle hint of skin on her chest. The waist belt added more detail to the dress. 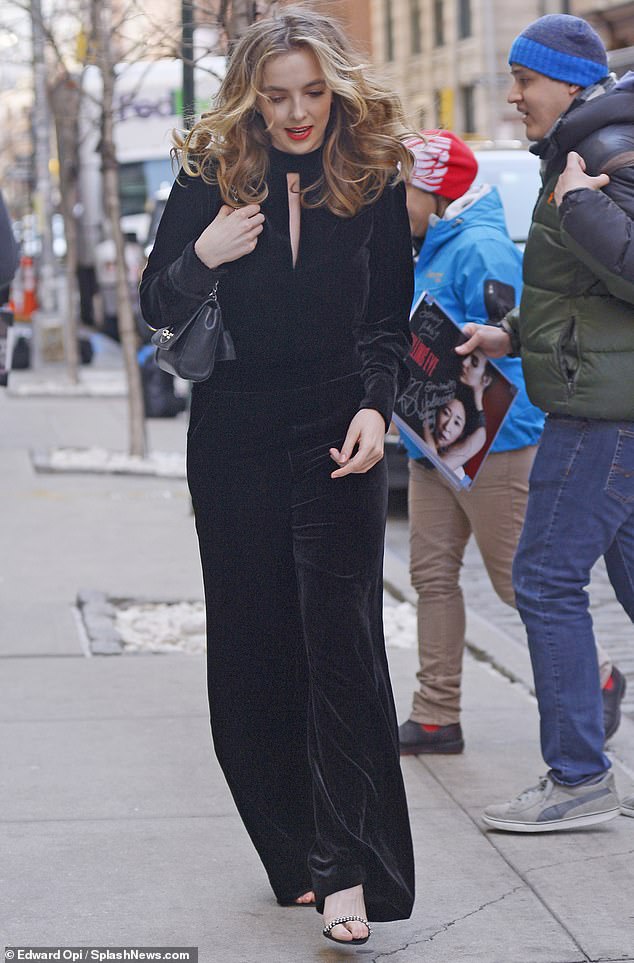 She accessorized the look with a pair of rhinestone embellished heels and a small baguette purse. Central parted round wavy hair and orange lips totally went well with her outfit.

As soon as Jodie stepped out, she was swarmed with fans. But she waited until slipping out of the studio to spend the time to signing autographs and taking selfies.

The actress grabbed the huge attention because of her BBC spy thriller Killing Eve, which premiered its second season in the US on Sunday.