home Entertainment Johnny Galecki Is a Dad As His Girlfriend, Alaina Meyer, Gives Birth to Their First Son, Avery

Johnny Galecki Is a Dad As His Girlfriend, Alaina Meyer, Gives Birth to Their First Son, Avery 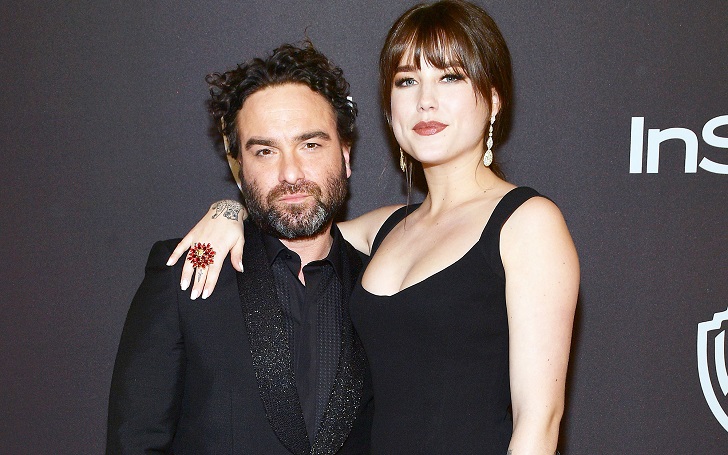 It seems like forever ago that 'The Big Bang Theory' star, Johnny Galecki, announced that his girlfriend, Alaina Meyer, was pregnant with their first child. But the little kiddo is finally here. The couple announced via social media on Wednesday, December 3, that little Avery has arrived. And the announcement was made with the cutest moment ever.

In the photo, Galecki held one of the baby boy's hands while the other one gently rested on Meyer's hand. Now that TBBT is officially over, he will obviously strive to be a full-on dedicated father. "With full and grateful hearts we welcome our beautiful son into this incredible world. Thank you for all of your love and support. ❤️❤️❤️," Galecki captioned the Instagram post.

The announcement of the pregnancy was made back in May while they also revealed that they were having a baby boy at the same time.

"We are absolutely over the moon to announce that we will soon be welcoming a little one into this crazy and wonderful world," the couple told People Magazine. "There truly is love out there for all. We hope ours is the ember of yours, as we feel yours is the ember of ours."

The pair went open with their relationship only back in September 2018 and went together for the first time at the E! People's Choice Awards 2018. Towards the end of October, Meyer's family members threw a baby shower for her and the Avery. The two didn't stop raving about their new journey as parents together during the pregnancy.

As soon as their baby arrival announcement was made, both their friends and co-workers jumped into the comments section to congratulate them. They included 'The Big Bang Theory' co-stars Kaley Cuoco and Melissa Rauch.