home Entertainment Does Jonathan Osteen Have a Wife? Get Details of His Relationship Status!

Does Jonathan Osteen Have a Wife? Get Details of His Relationship Status! 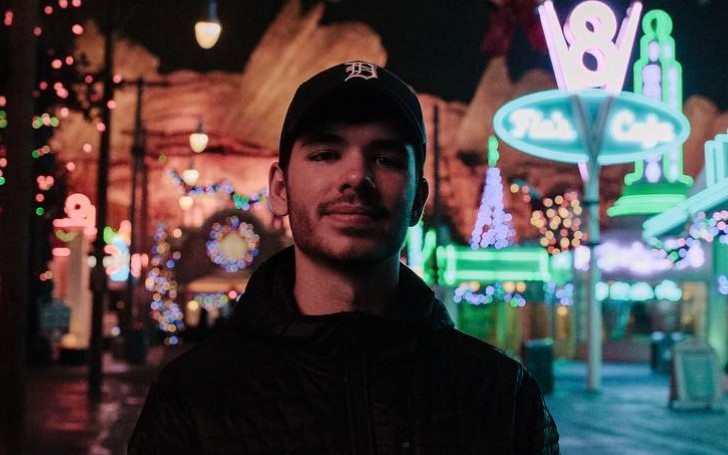 Does Joel Osteen's son Jonathan Osteen have a wife? Know about his relationship status!

Jonathan Osteen is a musician and a singer. The 24-year-old is a well-known name for his musical journey, but he is more famous as a son of America's greatest televangelists, Joel Osteen.

While his family background provided him with the boost he needed to push his career, he is a hard-working person and doesn't take anything for granted.

The lead vocalist of the Houston, Texas-based band - 'Lakewood Church,' was surrounded with rumors of getting married, but is that true? Let's find out.

Does Jonathan Osteen Have a Wife?

While speculations are floating around the internet of him getting married, the 27-year-old is still single.

Jonathan Osteen is not married as of now.
Source: Jonathan's Instagram

We are appalled, not because he is still single but why people are circulating such false news on the internet. This fine gentleman just graduated college and hopes to achieve many things in his life before he finally decides to settle down.

The singer just started a career and hopes to go a little further and become more successful than he is now, and we completely understand it.

So, just to clear the water again, Jonathan Osteen does not have a wife yet.

Let Alone Getting Married, Jonathan is Not Even in the Dating Scene

While people are busy celebrating the singer's married life, which is not valid, the 24-year-old is not even in a dating scene.

In one of the interviews, the singer sits down for an '11 questions' interview, where he answers about his likes and dislikes. In the same interview, the interviewer asked if Jonathan had a girlfriend, to which the singer replied with a simple - 'No, I don't.'

Jonathan Osteen performing with his sister at their church!

The singer, however, said, "that's something I am definitely looking forward to, but I feel in this season of life, I am just enjoying being single."

The 24-year-old further said, "I am enjoying my time, and when that comes, then I am ready for it."

Well, there were a few other interesting questions on the interview, which we thought should include here.

The interviewer asked what, according to him, is a perfect woman? The singer said, "Perfect woman, it would be someone who right when you meet her; she just comes across as someone who is very kind."

Jonathan Osteen is From an Extremely Evangelical Family

As we already mentioned earlier, Jonathan is the son of the multi-millionaire televangelist Joel Osteen, and he is kind of following his father's step. The 24-year-old singer made his preaching debut on father's day weekend in July of 2019.

Moreover, Jonathan's whole family is on preaching, so we can guess how devoted they all are. Jonathan's mother, Victoria Osteen, is the co-pastor of Lakewood Church and also known for authoring various books.

Maybe this is one of the many reasons why the 24-year-old is still a singer. In an orthodox Christian family, having a courtship follows different rules, which are basically tedious to conform.

Given the facts, the singer said dating is something he is looking forward to, so maybe, we will see him with someone special soon despite the extreme rules he has to follow.