home Entertainment Who is Joshua Henry's Wife? How Many Children Do They Share?

Who is Joshua Henry's Wife? How Many Children Do They Share? 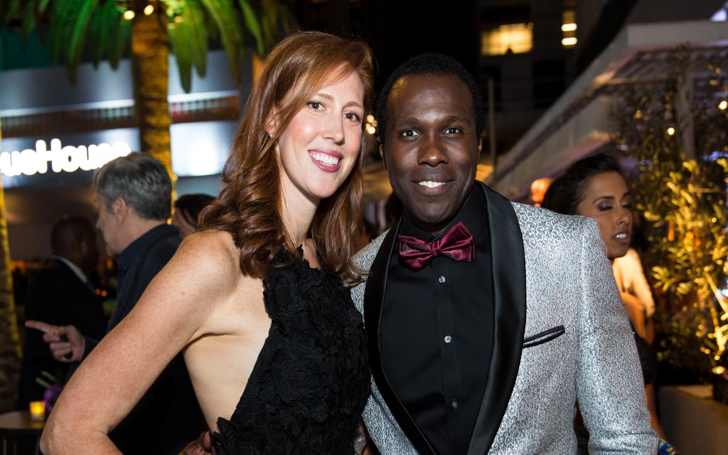 Joshua Henry was born on 2 September 1984, and theatre audiences are pleased he was born because of the numerous great performances the actor is involved in over the years. 'The Tony and Grammy Awards nominated actor appeared in The Scottsboro Boys,' 'Carousel' and the acclaimed performance as Aaron Burr in the beloved Broadway tour 'Hamilton.'

Most people recognize the actor for his performance in the Lin-Manuel Miranda play, which propelled many other theatre actors to new heights. Joshua Henry was a well-known entity, but this was his first brush with worldwide fandom. But while working in plays and showing off his talent on stage, the actor also moved into the movies and TV show business to try his hand in the recorded format of entertainment.

'Sex and the City' was his first foray into the movie industry in 2008 then he appeared in 'Army Wives,' also the box office bomb 'Winter’s Tale' in 2014. After a three years hiatus, the actor popped back on the scene with the movie 'Renegades' and also appeared as his character from Hamilton in the hit HBO comedy show 'Curb Your Enthusiasm.' Now, he is all set to appear in the highly anticipated drama series 'SEE' which is set for 1 November 2019 release.

But the reason of his success, if you ask him, is the people standing behind him, yes, it is about talent from the actor, but without a great support system, most successful careers turn to dust in a matter of seconds. For Joshua, it is his wife and life partner who makes sure he is down to earth and always thriving.

Who is Joshua Henry’s Wife?

Joshua Henry married his love and sweetheart Cathryn Stringer on 20 October 2012 in the presence of their friends and family. The amazing thing is the couple met while they were in college, they both attended the University of Miami, he was a senior, and she was a junior, but it didn’t stop Joshua from approaching and striking up a relationship with her.

After his senior year, the actor moved to New York to pursue a career in the theatre while she remained in college to finish out her education. The future husband and wife were involved in a long-distance relationship which lasted for more than a year when she was finally done with her studies and moved to the Big Apple to be with her then-boyfriend.

The lovebirds lived together for a while, and when the time was right, Joshua asked her to be the one person to be with him till the end of time. They both got married in 2012 and are 25 days shy of celebrating their seven years of marriage.

The couple celebrated the arrival of their son Samson Peter Henry who was born on 20 March 2018 and is now over a year old. Joshua welcomed his son in a hospital and then shared a snap on his Instagram with a caption, “Samson Peter Henry walked into our lives and is already leaving his mark. Everything is deeper; everything means more.” The snaps showed the picture of his son’s foot, and then in another photo, the footmark was there on the forearm of Joshua.

The adorable couple welcomed their son into this world and the love between the two only deepened with the arrival of a third member of the house.

Joshua is Playing Jerlamarel in the Upcoming Drama SEE

There is much riding on 'SEE,' the new show from also new Apple TV+ streaming service, which is set to arrive alongside the show on 1 November of this year. The company is too big to fail right now, but the show is going to set a tone with fans all over the world about the new streaming service and what they can expect from the service in the long run.

This is the reason why the company made sure to surround the project with as much talent as they could and which is why Joshua was hired to play one of the characters in the series. He is playing a character named 'Jerlamarel' in the upcoming dystopian future series where he will make an appearing after the mid-point of the ten-episode series and then appear again in the final two episodes. This gives the impression he will be important to the story by the of the series, and we cannot wait to lay our eyes on one of the most ambitious and expensive series from the creator of 'Peaky Blinders' and the director of last three 'Hunger Games' movies.

Watch: The first trailer for the first season of Apple TV Plus' SEE