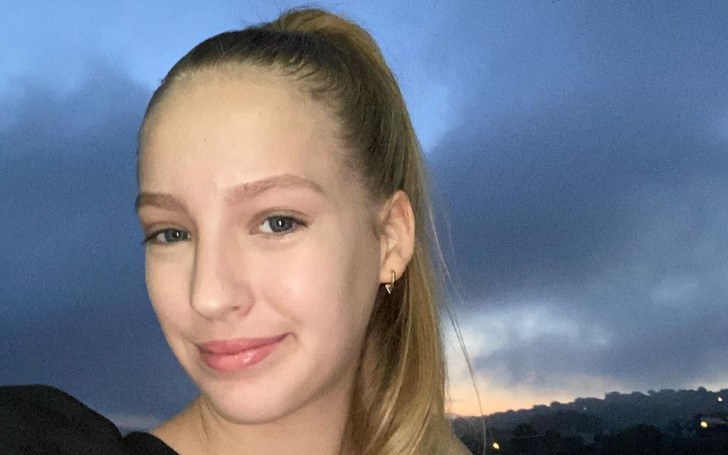 Karina Kurzawa, also known as KarinaOMG, is a Canadian YouTuber. Karina, whose real name is Karina Calor, found her fame after posting content from Roblox and Minecraft gaming. To date, the gamer boasts an impressive subscriber list of 4.4 million.

Karina was a YouTuber before even she turned into a gamer; Kurzawa used to run a channel where she used to post tutorials and reviews on her YouTube channel, 'FUNwithKarina,' which she started in February 2016.

Karina Kurzawa Collabs with Her Brother

While Karina is pretty big among her fanbase as a gamer, currently, she also posts her vlog on her channel. Moreover, she is also seen posting random fun videos on her channel with her friends and family. She also likes to capture special moments like a big announcement of arriving of her baby sister, Aria Calor.

Watch: Karina revealed her mom's pregnancy in 2018 on her vlog.

Karina on her video said,

We are going to have a sibling!!! Our parents surprised us with a baby announcement, and today we'll show you how we found out and also do a gender reveal. We are so happy and can't wait for the baby to arrive. Comment below with name suggestions!!!

Karina, who was born on March 23, 2007, in Canada, posted a video where she announced her mother was pregnant with Aria. So with that, Karina's parents share three children, Karina, Ronald Kurzawa, and Aria Kurzawa.

You Might Like: Becky Lynch Reveals She is Expecting, Who is WWE Superstar's Husband? Find Out About Her Married Life

Karina and Ronald have a collaboration channel on YouTube, "Sis Vs. Bro"; the duo amasses more than 13 million subscribers. The siblings enjoy more fame from their collab channel and has established them as successful YouTubers.

Since you already know, Karina Kurzawa is pretty significant when it comes to YouTube, but she is recently active on other social platforms like Instagram and TikTok. On her Instagram account, she has more than 370K followers, while on TikTok, she boasts an impressive 1.7 million followers.

With massive following on all platforms, it's pretty sure sponsors are already lined up for the 13-year-old YouTuber. According to the reports, Karina Kurzawa has an estimated net worth of $120,000 as of 2020.

On her YouTube endeavors, Karina receives help with filming and editing from her father, Freddy Kurzawa. And if you don't know yet, Freddy himself is a YouTuber who is better known as "FreddyGoesBoom" on YouTube.

Freddy amasses more than 265 million views on his youtube channel, which he started from May 15, 2016, and more than a million subscribers. So you can see how Karina's videos are getting the pro touch since the beginning of her channel.