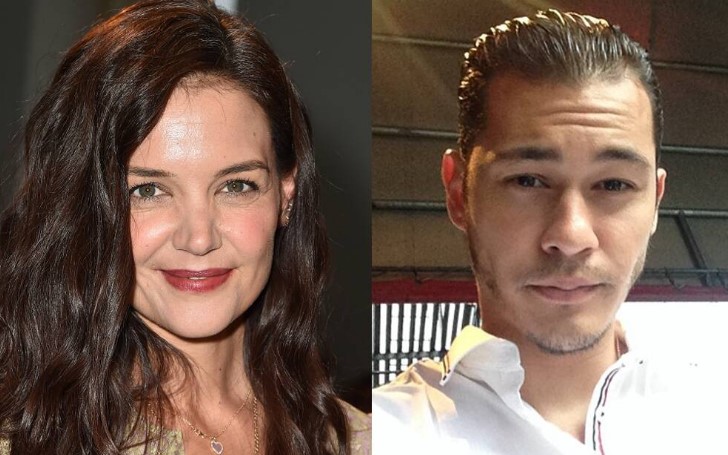 Well, well, Katie Holmes seems to have been moved on from her former beau, Jamie Foxx. The American actress was recently seen cozying up with New York Chef Emilio Vitolo Jr.

One of the British media outlet, Daily Mail, published PDA filled pictures of the actress, seemingly confirming their alleged romance.

The rumored couple was seen kissing at Peasant Restaurant in Manhattan Sunday night. On the picture, Katie, 41, and Emilio, 33, were seen quiet date night.

The alleged couple was also captured kissing; the media outlet further reported the two were gazing lovingly at each other and they burst out into laughter as they cozied up to one another.

Katie has not confirmed her relationship with the New York chef yet. Back in April, even TMZ reported the two are more than just friends.

The actress sparked the romance rumors with the chef a year after her split with her former longtime boyfriend, Jamie Foxx.

Well, let's see and wait when the alleged couple is going to confirm their relationship.

You May Also Like: 'One Tree Hill' Actor James Lafferty Got Engaged with Australian Actress Alexandra Park