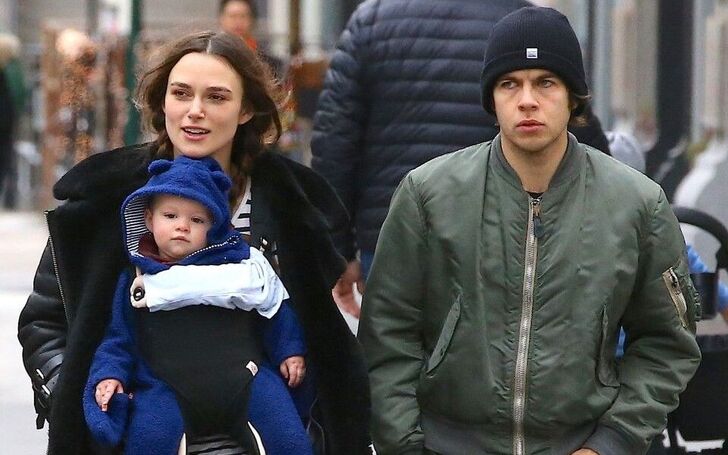 Keira Knightley finally revealed the name of her newborn daughter.

Hollywood megastar Keira Knightley shared the newborn baby daughter's name to the world. During an interview with The Telegraph, the actress revealed her daughter's name as Delilah.

Knightley also shared about the idea of getting back to work as well as difficulties of breastfeeding while still being tied down by certain work commitments. She said,

We're going to be apart for six hours in total, so I pumped three feeds' worth. If I don't do it, my boobs will explode, I mean, quite literally. It's going everywhere. So, you know, that's not happening. The pump is with me. It's fine.

The mother of two is always praised for her openness about the mental health impacts of motherhood. Moreover, she plays a perfect example for all the working mothers out there.

The 'Pirates of the Caribbean' star welcomed her second child as a daughter with husband James Righton just two months ago. Keira is also a mother to her 4-year-old elder daughter, Edie.

Well, Keira and James are quite secretive when it comes to their children. They never officially announced the pregnancy themselves, nor did they share the news of the birth with the public.

Knightley was seen with a baby bump at a Chanel J12 cocktail party in Paris back in May and walking with James & a stroller about two months ago.

Meanwhile, Keira will be taking six-months of maternity leave, but she did make a red carpet appearance earlier this month to promote her latest movie 'Official Secrets'.