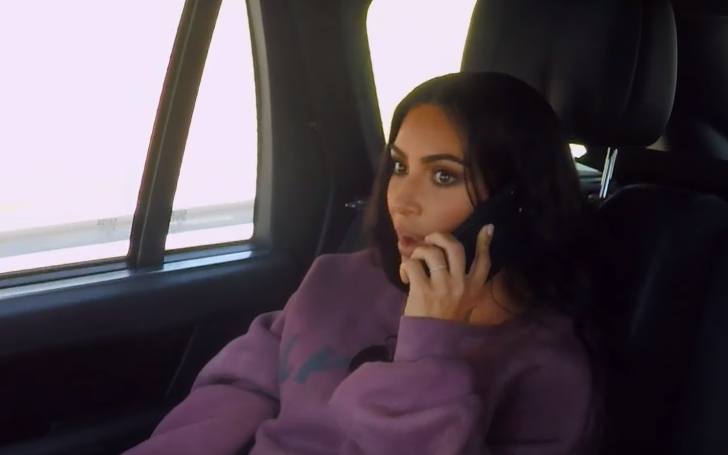 It's another sneak peek at Sunday's episode of Keeping Up With The Kardashians, and yet another shocking event.

Apparently, Kim Kardashian's mother was tackled by her security team when she used the back door.

On the sneak peek video, Khloe Kardashian - who was joined by Scott Disick and Kris Jenner on her way to lunch in Sherman Oaks - calls Kim in a panic to say West Kardashian's security tackled their mom.

On the phone, Khloe can be heard saying, "Oh my God, Kim, you’ve got to come. Your whole security just f-ing tackled Mom. We just called 911. This is so crazy."

Khloe, 35, further says, "Come over here. The ambulance is on their way here now."

On the previously released teaser, Kris Jenner could be heard moaning while paramedics carry her to the ambulance.

Meanwhile, on the recently released trailer, Kim seems to panic after the call.

Khloe replies, "They were in the backyard, and Mom came down — which she shouldn’t have, I told her to go around. And they just tackled her."

Watch: Kendall's Sassiest Moments | Keeping Up With The Kardashians

Following the star's robbing incident in Paris in 2016, Kim and her family significantly upped their security. But little did they know, the same security would be a big problem.

But we can't really blame the security. That's their job to protect and take action on the suspicious activity. It's Kim's family who should be careful.

Anyways, the episode will airs on Sunday 9 P.M. ET. And we can't really wait any longer to see what happens next.