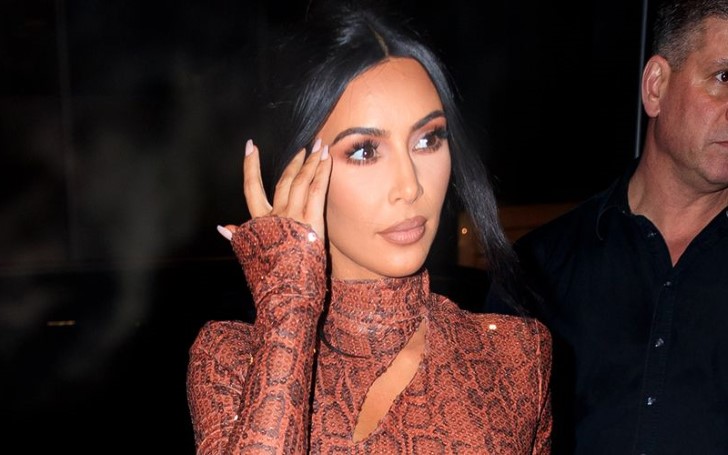 Kim Kardashian amazes everyone with her unique and sexy Snakeskin dress.

Recently, Kim Kardashian went to a popular television show The Tonight Show Starring Jimmy Fallon where she attended wearing unusual yet attractive snake dress. The outfit featured full sleeves with a high neck and skin like a snake.

Jimmy Fallon appreciated her looks and had fun talks together. During the conversation, Kim opened up about becoming a mother for the fourth time with Kanye West. 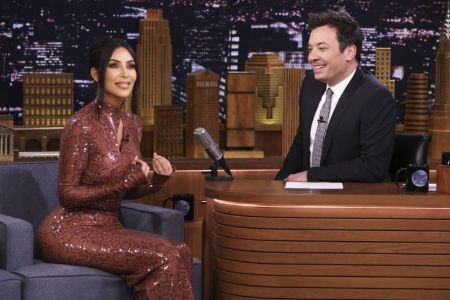 Kim looked alluring as her perfect figure body was seductive with the dress. Likewise, the Keeping Up With The Kardashians star didn't use much makeup as she dazed her looks using light skin lipgloss and eyeliner. 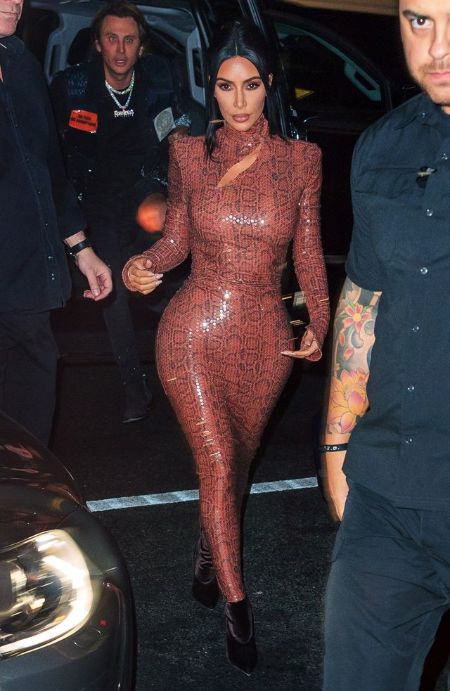 The model's seductive look was highlighted by Chris Appleton and Mario Dedivanovic from her glamour team OG glam. Earlier, Kim released a 30-second teaser as their new season of Keeping up With The Kardashians is on the way.

Also Read: Kim Kardashian and Kanye West are on the Hunt for New Digs in Miami

Meanwhile, Kim is yet to open anything regarding the designer of the snakeskin dress for now. Hopefully, she shares details about the designer in the future as the dress is undoubtedly astonishing.