The King Of Thailand Married His Bodyguard And Made Her Queen 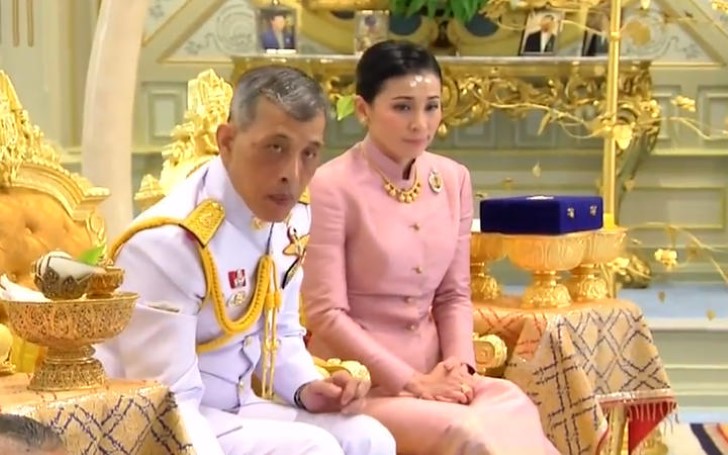 The king of Thailand Maha Vajiralongkorn married his bodyguard and entitled her the position of Queen Suthida.

The announcement was carried out by The Royal Gazette Newspaper and footage from their engagement was broadcasted live from all the Thai television channels on Wednesday.

Check out the exclusive footage of Maha Vajralongkorn marriage ritual along with wedding vows, commitments and future plans with the Queen.

A royal statement said: King Vajiralongkorn "has decided to promote General Suthida Vajiralongkorn Na Ayudhya, his royal consort, to become Queen Suthida and she will hold royal title and status as part of the royal family"

Check out: The Queen Bans Meghan Markle From Wearing Some of Her Jewelry

Queen Suthida has been helping and protecting King Vajiralongkorn from all his administrative as well as personal purposes. However, their relationship was never unveiled or hinted. It was a surprise for all the citizens as well as government representatives. 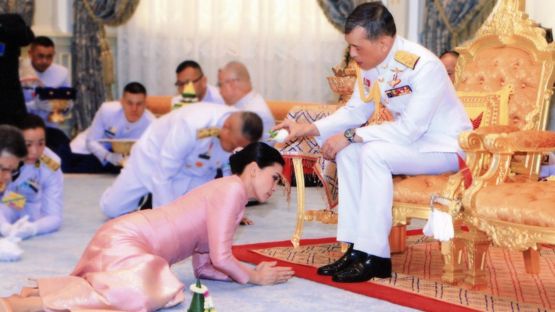 Following the rituals, King pouring sacred water on The Queen Suthida.
SOURCE: BBC
The footage of their royal ceremony was aired all over the local television where the lKing married her lovely Bride Queen following all the rituals and traditions going on from the ancestors.

Recommended: Meghan Markle and her Husband Prince Harry Have been Known to Stray from the British Monarchy

Subsequently, the King shares 7 children from his previous wives. Well, we hope the King finally found her perfect queen.
want more?
Stay Updated Sign up for Latest News and Gossips.
-->