home Lifestyle Who is Kirby Howell-Baptiste's Husband? Learn About Her Married Life Here

Who is Kirby Howell-Baptiste's Husband? Learn About Her Married Life Here 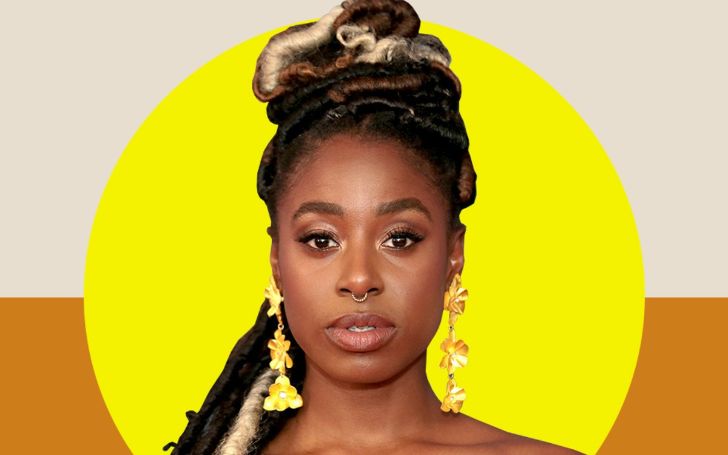 Is Kirby Howell-Baptiste married? Learn about her love life.

Kirby Howell-Baptiste is known for her appearance as a series regular on Downward Dog, Killing Eve, and Why Women Kill. Her television appearances also included recurring roles Love, Barry, The Good Place, and the fourth season of Veronica Mars.

On February 7, 1987,  she was born in London Borough of Camden, London, United Kingdom. She originally grew up in London and began her early acting career through the Anna Scher Theatre.

Engaging in various genre films, she earned quite a name for herself and made some fortune too. So many fans usually wonder about her personal life if she is married or yet to be. Continue reading to know more.

Who is  Kirby Howell-Baptiste Married to?

When it comes to relationships, Kirby is kind of distant from it. Currently, she is single and likes to enjoys her life. She is a low-profile person and doesn't share her view regarding the topic of relationships. Even though back in 2014 Jan 5, she tweeted that:

Somehow by her tweet, we can assume that she is already married or likes to keep things private. We can't pinpoint how long they dated, but it seems she was quite happy with the outcome of the marriage.

However, back on Jan 13, 2017, Kirby made an announcement on Twitter that helped to clarify to us that she and her husband already parted ways with each other.

"I did. i had big plans to dab my way down the aisle if i ever get married again."

She never gave any reason behind her divorce, but we can understand that she is very secretive. Also, we can't deny the fact she is a talented actress.

People wonder how Women Kill star Kirby Howell-Baptiste became all set to appear in the upcoming Disney movie Cruella. Kirby, who played a role in Happily as Maude, talked about the movie and her portrayal as Anita Darling or Tattletale. Also, in the film, releasing on May 28, 2021, she stars next to Emma Stone and Emma Thompson, who play the lead roles.

Not long ago, she got natural in an interview with ABC News. Not only she gushed over her character in the new movie as a reporter and a schoolmate of Emma Stone's character Estella. Explaining the part, she claimed that it was a "dream job" for her as she appreciated being surrounded by the beauty on the set and the tailor-made garments for her. She also said that she was always cheerful on the set.

Don't miss out:  Who is LeVar Burton's Wife?

Nevertheless, when an interviewer asked Kirby about being the form of representation in the new Disney movie. she said that the movie was set in London in the 1970s, which was already very multicultural. She said that the movie was trying to honor that timeline while recognizing the need for change in the present era. She also believed that being a part of the new movie felt amazing since people from all generations could watch it.

Kirby Howell-Baptiste in Cruella plays the role of Anita Darling. She not only characterize the role of a reporter but is also one of Cruella's former classmates. Tipper Seifert-Cleveland plays the young Cruella or Estelle, and Florisa Kamara plays young Anita Darling. Other important characters in the movie are Joel Fry, Emily Beecham, John McCrea, Paul Walter Hauser, and Kavyan Novak.