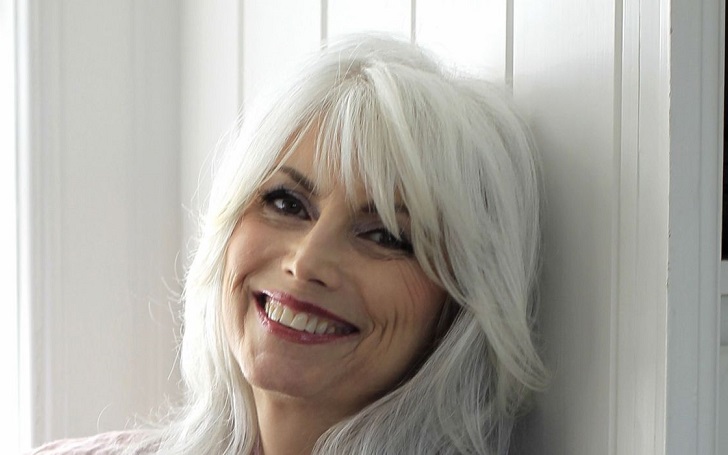 Emmylou Harris probably makes you go back a certain amount of time, or rather, decades. Her music, that includes dozens of albums and singles, has won her 14 Grammys, the Polar Music Prize, among others.

You probably know the legacy she is trailing behind her, and quite some more behind her. You might not even be surprised that she's been married thrice and divorced all three times. Above all, they're all musicians of some sort.

Emmylou Harris has been married thrice; all of the ex-husbands are musicians and record producers.
Source: Veronique Rolland

It may not be something new in today's world, but it is quite interesting to note that she is great friends with, at least, two of them. "An excellent ex-wife," she labels herself and believes her last two ex-husbands to be best friends.

Fans might know she started from a really bad place. A not-so-good place, to be exact. She quit drama school (even after winning a scholarship) to pursue her music career in New York City, worked as a waitress and performed folk songs in coffeehouses to support herself and her career. But probably the marriages with the three gentlemen are what really helped boom her music career.

During her rounds in the coffeehouses, she met her first charmer, songwriter Tom Slocum.

It was a kickstart Harris needed. As she started collaborating with the songwriter/composer, she got to record her very first album, Gliding Bird. The pair got married in 1969 and moved to Nashville but soon divorced the next year (1970). Emmylou had her first child, a daughter, Mika Hallie Slocum, on March 15, 1970, with him. You should see how grown up she is now.

Tom Slocum is the father of Harris' first daughter (not shown here). Jenny Singer Hatcher on the left.
Source: Pinterest

Apart from helping Harris write the songs on the album for her, Slocum later released an album of his own, '1st Collection' in 1984. If you've waited to see the end credits of the 2019 movie, 'Once Upon a Time... in Hollywood', you might have seen his name too. He was the writer for the soundtrack, 'Dalton Gang Ride Entrance'. He was one of the performers too.

Apart from those, Slocum featured as a band's leader in the 1978 movie, 'Moment by Moment' and also composed the soundtrack in the 1981 western drama, 'Cattle Annie and Little Britches'.

After their divorce, the 'Wrecking Ball' releaser went back to her parents in Clarksville, with her daughter, due to financial upheavals. But it wasn't the end of the road for her ambition. The seventies began with her collaborating with Gram Parsons (after a 'Flying Burrito Brothers' member spotted her and suggested her to him instead of keeping her with their band).

Parsons released a solo album GP with her, and she toured with him in 1973. But the same year, he passed away due to an accidental drug overdose. Despite that heart-wrenching moment, she went on to become a country music star of the '70s and '80s.

Harris' Second Ex-Husband Brian Ahern, the Record Producer, (1977-1984) Is the Father of Her Second Child

Part of the reason the mother-of-two became a star is because of her second marriage in 1977. She started dating Canadian record producer, Brian Ahern, since around 1974. He produced her major label debut, 'Pieces of the Sky' in 1975. She later also created a band, 'Hot Band', after Warner Bros. Records agreed to record her if she created one.

That's their 40-year-old daughter, Meghann, on the left.
Source: BaaMMusic

The couple went on to make many hits together when they were married, with the last one, 'White Shoes', coming out in 1983 before they got divorced in 1984. As mentioned earlier, they're still great friends and worked together again in 2008 to release 'All I Intended to Be'.

The Halifax-born (in Nova Scotia, Canada) had three bands in his career and was a music enthusiast from the very start. His parents even supported his cause as his father bought him his first guitar.

The pair had their first child together (their respective second child) on September 9, 1979. Daughter Meghann T. Ahern is now a screenwriter.

In 1985, the 72-year-old married British-born singer/songwriter, composer, and record producer, Paul Kennerley. He helped her complete her most ambitious project, 'The Ballad of Sally Rose', the same year.

Like her other divorces, this one was not an ugly one either. The couple separated in 1983 after having moved to an old house on a tree-lined street near Music Row 1981.

The Merseyside-born musician got into the industry after he first heard the song, 'Let's All Help the Cowboys Sing the Blues', by Waylon Jennings. He was so excited by the song that he left his job in advertising and spent three months to nurture his passion.

The 71-year-old started his career in 1972  and lived in London for a good long while, writing songs. He worked with Harris since 1981 as he composed 'Born to Run', one of his early works, for Harris. Then in 1985, he moved to Nashville, Tennessee, to be with his wife after marrying her.

Kennerley's works also include writing for 'The Judds', Marty Stuart, Tanya Tucker, 'Sweethearts of the Radio', and Patty Loveless, among others. The first thing he did for Harris after the divorce was in 2003, when he composed her 'Stumble into Grace' song of the album, 'Jupiter Rising'. To this day, the pair are very good friends with each other.

Working with musicians has brought a lot of assists for the Academy Award-winning singer. Even at this age, she doesn't seem to want to stop and give more of her voice to the public. She may not make music more frequently as she used to, but no one can blame someone who should've taken rest from straining herself out.