Kobe Bryant and Daughter Gianna Die in a Helicopter Crash; Fans Are Left Stunned and Heartbroken 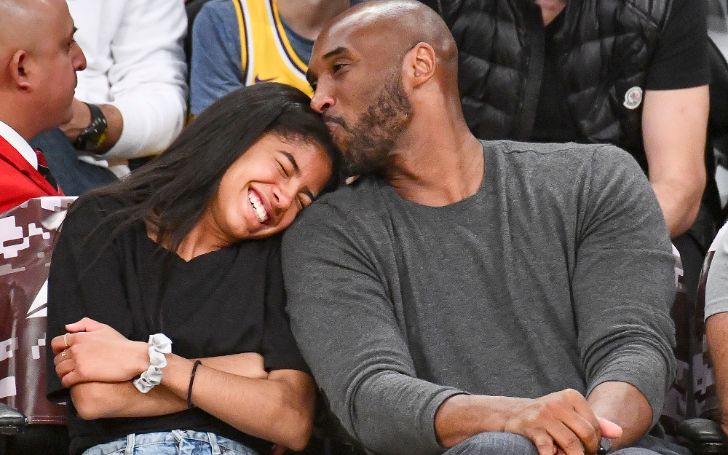 A piece of heartbreaking news surfaced this morning, shocked people to their core, Legend Kobe Bryant is no more with us. Daughter, Gianna Maria-Onore Bryant, was also on board, as confirmed by the NBA authorities.

The father-daughter duo was headed to the 'Mamba Sports Academy' that he'd co-founded as a training facility for professional and amateur athletes in Thousand Oaks, California. The reason being Gianna was expected to play for 'Lady Mavericks', and Kobe was supposed to coach the team.

The flight path during the crash of Kobe Bryant's helicopter.
Source: Twitter

As per the officials, the helicopter crashed into a hillside and burst into flames in the middle of the foggy condition, and the crash caused a brush fire, making it difficult for the firefighters and emergency assistance to get to the helicopter. However, the 'Federal Administration and National Transportation Safety Board' is investigating the crash.

Kobe Bryant's last tweet was a congratulations to LeBron James for surpassing him on the NBA all time scoring list.
Source: Businessinsider

Reportedly, there were a total of nine people on the helicopter when it crashed. Three victims remain unidentified, including the pilot. However, the others were, the baseball coach of Orange Coast College, John Altobelli; his wife Keri; and daughter Alyssa; a teammate on Gianna Mamba Academy, and Christina Mauser.

Kobe was a family man, even till the end of his time.
Source: E! Online

Famous personalities and fans around the globe fervently responded to the tragic news.

U.S. President Donald Trump tweeted, "Reports are that basketball great Kobe Bryant and three others have been killed in a helicopter crash in California. That is terrible news!"

Barack Obama expressed, "Kobe was a legend on the court and just getting started in what would have been just as meaningful a second act. To lose Gianna is even more heartbreaking to us as parents,"

All-time player, Abdul-Jabbar, "Most people will remember Kobe as the magnificent athlete who inspired a whole generation of basketball players. But I will always remember him as a man who was much more than an athlete."

The NBA champions Toronto Raptors and San Antonio Spurs honored Bryant by both choosing to run out the shot clock on their opening possessions.

International soccer player, Neymar dedicated his goal scored from a penalty for Paris St. Germain to the late player. He held up two and four fingers, which is Kobe's retired jersey number in prayer and bowed before the crowd.

Basketball fans around the globe are devastated to hear the news. Kobe was an idol figure who touched the lives of innumerable people.