Kourtney Kardashian Says She is Ready to Marry Travis Barker 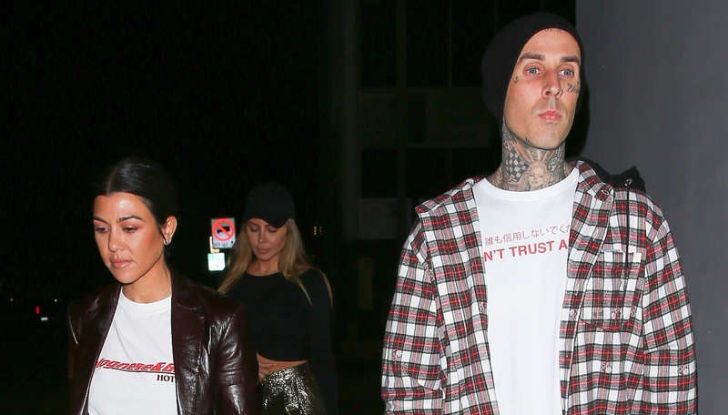 Kourtney Kardashian and the Blink-182 drummer Travis Barker may be new lovebirds, but to many's astonishments, the couple is already opining on marriage. They started dating in January 2021, and the initial reaction towards their romance was skepticism, but the recent remarks coming from both the star have led people to believe that the duo could indeed be a thing soon.

An inside informant recently revealed that although Travis may have been more upfront about their romance candidly, unlike Kourtney, who has kept it to herself, Kourtney too, the source said, is on the same page with her beau Barker.  The insider told, "Once he decides to propose she is absolutely looking to say yes and looking forward to an epic and incredible one-of-a-kind wedding."

As the exclusive clip of the upcoming KUWTK episode showed Travis saying, "I will marry Kourtney right here right now," a source told Entertainment Tonight, "Travis would absolutely love to tie the knot with Kourtney, but Kourtney hasn't been sure that's the step she wants to take in their relationship right now, given her twisted situation.

The 42 years old social fashionista shares three children with her ex-husband Scott Disick, a factor that is holding  Kourt back from taking the next big step with Barker; in fact, one episode of "Keeping up With The Kardashians" had even shown Scott complaining about his children's mother Kourtney dating Travis.

The same seems to be the case with Travis, who was previously married to actress Shanna Moakler and has two kids with her. On Travis and Kourtney's budding romance and possible marriage headlines day after day, Shanna told People Magazine that although she wishes the best for them, she'd like if they wouldn't rub it on her face every day.