home Entertainment Kurt Cobain's Former Home Where He Commited Suicide is Up for Sale for 7.5 Million Dollars

Kurt Cobain's Former Home Where He Commited Suicide is Up for Sale for 7.5 Million Dollars 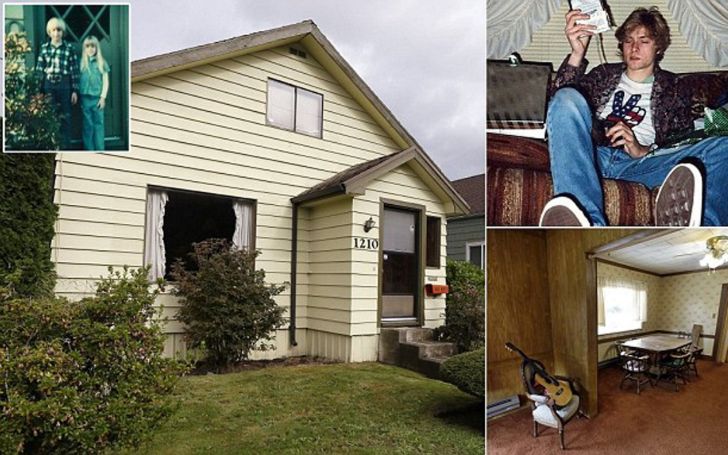 The frontman of late '80s Grunge band 'Nirvana' Kurt Cobain's 8,000-square-foot property in near Seattle, Washington is on sale for $7.5 million.

According to brokers of Ewing & Clakre Inc, the Queen Ann-style house features a shingled exterior, balconies surrounded with the views of the Cascade Mountains, gardens and Lake Washington.

The house features four bedrooms and four bathrooms which is renovated with enhanced open floor and beautiful millwork.

The house's been customized with the latest updates but without affecting its classic sides and designs.

As per reports by CNN, Kurt and his wife Courtney Love bought the family home back in January 1994 to sustain a happy family life with daughter Frances Bean Cobain.

Kurt Cobain with his wife Courtney and baby Frances.
SOURCE: My Sanantonio

Unfortunately, after a few months of purchase on April 5, the Grunge mogul Cobain, 27, was found dead by suicide as reported due to drug overdose.

'The Man Who Sold The World' hitmaker left a note referring to their then 2-year old daughter which reads,

Please keep going Courtney for Frances“For her life will be so much happier without me. I love you. I love you.

The medical report stated Kurt's body was contaminated with a high dose of heroin and Valium.

After Kurt's demise, Courtney and Frances lived in the home until 1997 and later sold the house for $2.9 million then.

So all the die-hard Kobain's fans, this might be one of the moments in life where you can actually buy the house of Curt.

You May Like: Late Linkin Park Vocalist Chester Bennington's Widow Talinda Is Engaged >>>

Stay tuned and connected to find more updates on Entertainment articles only on Glamour Fame.