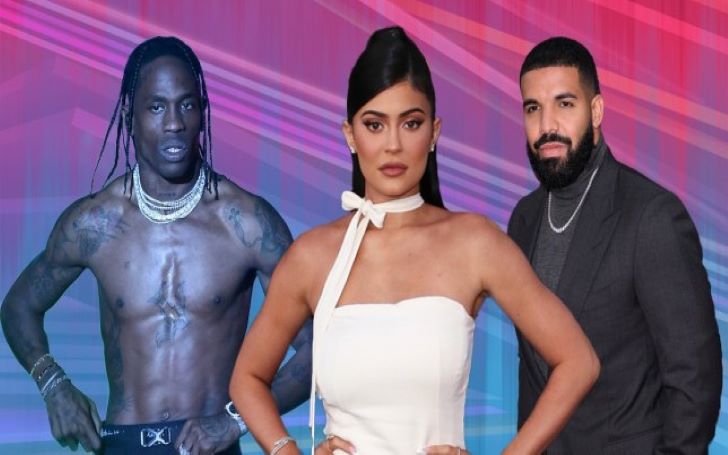 Kylie Jenner is rumored to have moved on from her break up with Travis Scott with Canadian rapper Drake.

Kylie Jenner seems to enjoy dating musicians as she was recently spotted with another rock star Drake.

'The Keeping Up With The Kardashians' star has been hanging out with the Canadian rapper as per multiple sources.

The rumors about their fling came after Kylie attended Drake's 33rd birthday party nearly two weeks ago where eyewitnesses claim they were virtually inseparable throughout the night.

Kylie Jenner and Drake seems to take one step up in their relationship.
Source: Ok Magazine

However, while some close to Jenner and Money In The Grave see a potential romance blossoming, other different insiders insist the duo are “just friends.”

Well, Kylie and Drake have known one another for a long time. It remains to be seen if they took one step in their relationship.

This comes the makeup mogul takes a break from her long-time boyfriend and father of daughter Stormi Webster, Travis Scott after two years of dating.

Kylie and Travis are still co-parenting their daughter together even after their high profile break-up.
Source: People

The former lovebirds will continue to co-parent Stormi together and share 50/50 custody. However, they are still good friends and their family even want them together as per source.

Moreover, they have certainly made sure to put daughter first as they were recently spotted together to take their baby girl on a trip to the immersive Halloween-themed jack-o’-lantern experience Nights of the Jack.

Some believe the reason for their split as downhill in the career while some claim Scott's affair with Rojean Kar aka YungSweetRo (which Travis denied through his Instagram story) led them to part their ways.

As per some insider, Scott wasn’t impressed with the dating rumors and reports that the pair ‘had an attraction’ at the star-studded bash.

What's more, 'Astroworld' star is even considering rekindling their romance and would love to figure out getting back with Kylie.