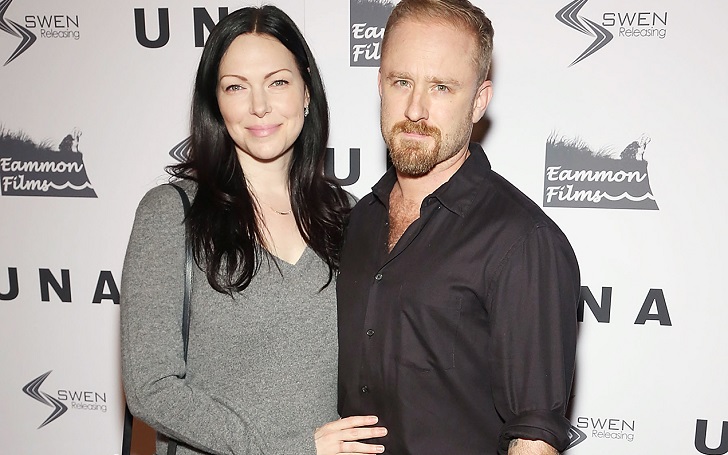 Actress Laura Prepon is "Overwhelmed with gratitude" for her "new bundle of love" with actor husband, Ben Foster. And it's a boy!

'Orange Is the New Black' star Laura Prepon took to Instagram on Wednesday to share the news of the arrival of her precious second child with husband, Ben Foster. While people are still asking if it's a boy or a girl, it's confirmed she gave birth to a boy.

"Welcoming home our new bundle of love. Overwhelmed with gratitude," she wrote alongside a beautiful photo of her kissing her baby's hand. Prepon and Foster are parents to a two-and-a-half-year-old daughter, Ella.

The photo is from a hospital bed.
Source: Laura Prepon, Instagram

The actual day of the birth and the name of the baby is yet to be confirmed, but judging by their past excitement, the couple should be over the moon for this event. She announced her pregnancy back in October 2019 with a photo on Instagram of she holding Ella in her arms and revealing the growing baby bump.

"We are so excited to announce that our family is growing. Life is beautiful!" she captioned the announcement with a #knockedup tag.

A few days after the announcement, the pair appeared on the red carpet together for an event in Washington, D.C. She was cradling her bump in a long-sleeved Christian Siriano gown.

Ella was born in the summer of 2017. They first got engaged and only a few months later confirmed their first pregnancy in January that year. They got married a year later in July 2018.

Stay tuned and connected to GlamourFame for more Entertainment content. There are more stories you've already missed and more to still tell.