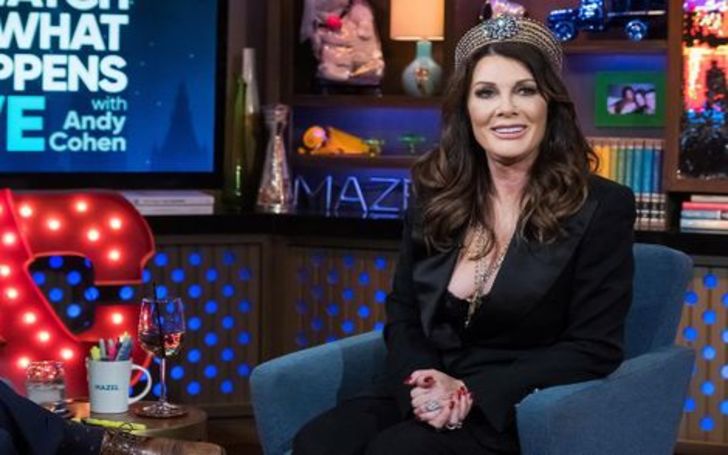 Lisa Vanderpump might not be attending the wedding of her 'Vanderpump Rules' co-stars Jax & Brittany the upcoming week.

The 'Real Housewives of Beverly Hills's star, Lisa Vanderpump is most likely to miss the wedding ceremony of Jax Taylor & Brittany Cartwright which is scheduled in just two days this weekend.

The reason behind pulling off from the wedding remains the death of the reality star's mother; Jean Vanderpump who died a couple of weeks ago. Jean was only 84.

As reported by several news sources, Lisa Vanderpump is all set to return to her native home country, England where her mother and the rest of her family lived.

The tragic news of Vanderpump's mother comes not less than a year since the death of Lisa's brother, Mark Vanderpump who passed away in April 2018 from a suspect of killing himself from a drug overdose.

Jax & Brittany's nuptial ceremony takes place on 29th June at the Kentucky Castle where Cartwright always wanted to get married.

The couple appeared alongside Vanderpump on her reality show; Vanderpump Rules which has been airing by Bravo since 2013.

In addition to their love life, Jax asked Brittany to be his fiancee in June 2018 with a massive engagement ring worth to be near $70,000.

Unfortunately, the bride and groom to be are most likely to miss Lisa who was in fact supposed to attend their special day as the guest of honor.

The news of Lisa skipping Jax and Brittany's wedding comes amidst the recent tweets of the 58 years old star who finally decided to speak of her beloved mother's death.

In honor of her late mother and brother, Vanderpump shared a sweet family picture on Twitter, with emotional writing: "As you go to RIP with Mark,mummy. A tragic year for sure. I thank all of you for your beautiful messages and words of kindness. Life is so fragile and I have no time for negativity."

The TV personality also made sure to thank her fans and followers for sending their kind words to her in this difficult time.

"Wonderful acts of kindness as I now live in a flower shop.." said Lisa with sharing a picture of her home filled with many bouquets sent by her near and dear ones.

Earlier this month, Daily Mail TV reported that Vanderpump was done with filming for 'The Real Housewives of Beverly Hills' and that she no longer intends to be a part of it.

Lisa Vanderpump debuted on 'TRHOBH' in 2010.