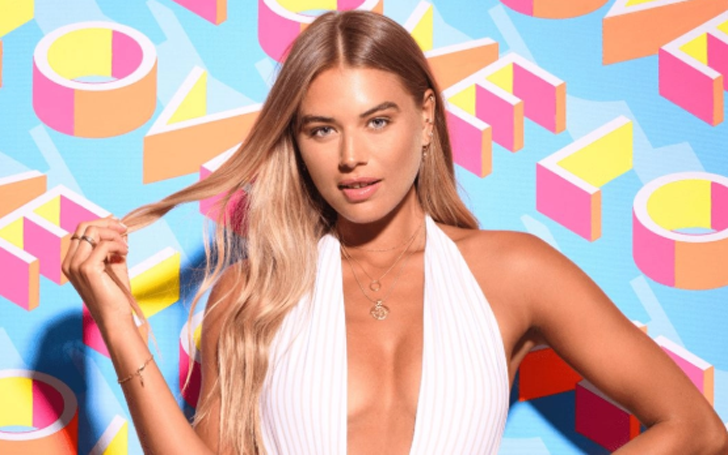 The site of finding love, Love Island, is moving full steam ahead. The cast is getting thinner, and new members are showing up in the villa. Whether you like it or not, the contestants are having a lot of fun.

So, another day and another bombshell actress and supermodel walked in through the doors of the villa. This time it is the lovely and beautiful model from London, Arabella Chi, who made it inside the Love Island house.

“I’m definitely a very energetic person. I bring a fun element; there’s no one in there that is the joker. I like banter. I like playing fun tricks on people. I don’t shut up, I’m confident, and I’m positive… I’m very competitive,” she said and set the record straight. She likes fun and games, but when it comes to the nitty-gritty, she is not scared to stand up and fight.

Most of all, the relationship in the villa doesn’t last forever, but everyone is still looking for love inside the villa, the hope of finding the one. She is also the same - “I really want to find someone in there. After my last relationship, I’m so ready in my mind to find somebody. I’m 28, so I know what I want after previous relationships. I’ve learned different things about what I want,” she said.

When it comes to her past relationships, she dated the bodyguard of Ellie Goulding and David Beckham. The hunk who also protects Guy Ritchie as well as David’s children, Bobby Rich, dated the model from 2015 to start of 2016. Her friend said, “Arabella has always gone for a certain type of man – handsome with a strong, fit build who looks after their body. Bobby was a prime example of that, and Arabella fell hard when she met him.”

“He was older than her and was traveling around a lot for his work, mixing with celebrities and jet-setting here and there. Arabella felt a connection and fell for him pretty quickly. Even for a model like Arabella, he brought added glamour and excitement to her life,” the friend added. The relationship didn’t last long because like almost all long-distance relationships, it was hard to work things out, or so her friends claim.

Arabella has one more connection with the Ellie Goulding, as she dated one more of her ex, Jay Copley, the personal trainer whom she split with in February. The hunky personal trainer and the supermodel were serious about each other, so much so, as to buying a dog together. But they eventually split, and Arabella entered the villa.

As soon as she arrived, Arabella started turning heads, and Danny chose her in a shock re-coupling ceremony which caused Yewande Biala to be booted off the island.

The self-proclaimed 8-out-of-10 model who played an Amazonian in Wonder Woman and Justice League said she has cheated and been cheated on in her previous relationships. And recently she was also rumored to be a secret mum of a child, as photos of her having a baby bump and wearing a gown surfaced online.

And to address the controversy, the baby bump was a prosthetic stomach she wore for the photo shoot of the gown. She is not a mother, and as far as we know, she doesn’t have a kid.

Early moves, turning heads and doing all the right things, Arabella may not be beloved, but she is going to be one hell of a strong contestant to watch out for as the show progresses.