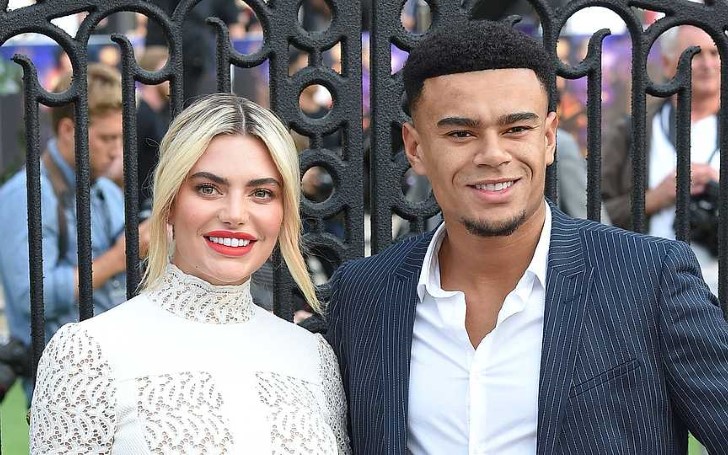 Just over a week after admitting to being jealous about seeing Nelson dancing with professional ice skater Vanessa Bauer on the show Dancing On Ice, Barton-Hanson announced their break-up on Instagram.

The message, posted on Megan's Instagram story signed from both of them, read: “It is with hearts full of sadness that we have decided to separate." 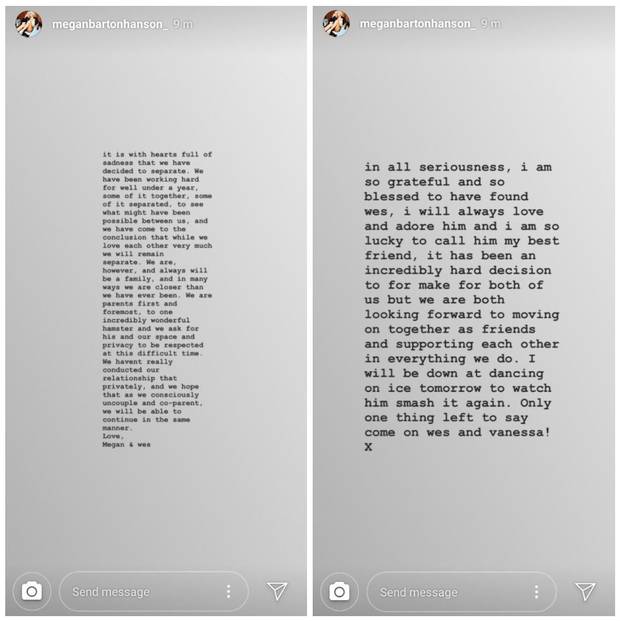 Instagram story signed by both of then announcing their split.
SOURCE: Evening Standard

“We have been working hard for well under a year, some of it together, some of it separated, to see what might have been possible between us, and we have come to the conclusion that while we love each other very much we will remain separate.”

Moreover, she claimed they are “parents first and foremost, to one incredibly wonderful hamster and we ask for his and our space and privacy to be respected at this difficult time”.

Additionally, in her second post the reality star said:

“In all seriousness, I am so grateful and so blessed to have found Wes, I will always love and adore him and I am so lucky to call him my best friend, it has been an incredibly hard decision to make for both of us but we are looking forward to moving on together as friends and supporting each other in everything we do.”

Megan's post surfaced after her feud with Nelson’s Dancing on Ice partner Vanessa Bauer, who she accused of having a “tactical break-up” with her boyfriend on the night of Nelson’s first performance on the show.

According to Barton-Hanson to ITV’s Loose Women, she and Bauer were privately settling their issues.

The couple is the latest of last year’s series of Love Island to end their relationship, following splits from runners-up Laura Anderson and Paul Knops as well as Georgia Steel and Sam Bird.

Love Island winners Dani Dyer and Jack Fincham were rumored to have split last year. They, however, are still spotted together.