home Lifestyle Who are Luke Grimes' Kids? Learn About His Family Life Here

Who are Luke Grimes' Kids? Learn About His Family Life Here 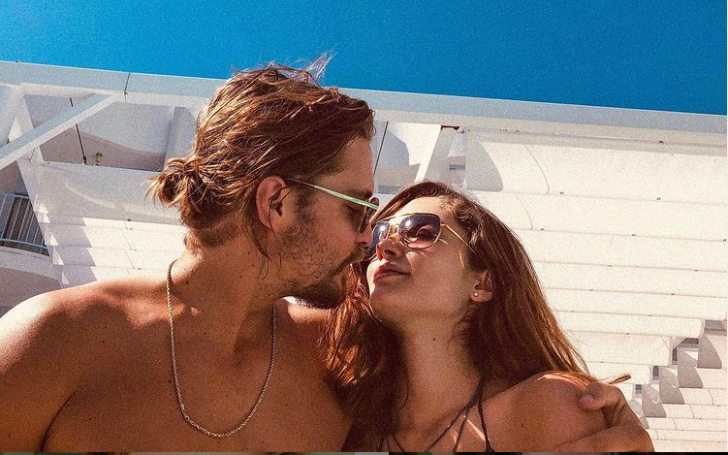 Who are Luke Grimes' Kids and married life? Here's the breakdown

Luke Timothy Grimes is an actor. He is well-known for his portrayal in American Sniper, the Fifty Shades film series, and Yellowstone's drama series. The actor played in many cheerful family movies. So, fans are more keenly interested in his family life. To answer the basic question, is the American actor Luke married? Yes, Grimes is a married man, happily so, actually. Did the actor and his wife welcome any children? Nope, the artist and his partner put all of their energy into their careers at the moment.

On January 21, 1984, Luke was born in Dayton, Ohio, to Randy Grimes and Angie Barker. Luke passed from Dayton Christian High School in 2002 and moved to New York City to pursue acting at the American Academy of Dramatic Arts. Continue reading to know more about Luke and his family.

Who Are Luke Grimes' Kids And Married Life?

The Yellowstone star, Luke Grimes, leads a happy life with his wife, Bianca Rodrigues Grimes. Luke is married to model Bianca. Luke and his wife got hitched on Nov. 21, 2018, in low profile fashion with their loved ones and close ones.

Currently, they do not share any children and seem not interested in expanding their family any time soon. Moreover, it feels like Luke will be focusing more on his career path. Bianca and her husband remain solely focused on their career half a decade into their marriage!

Don't miss out: Is Elizabeth Lail Married? Learn About Her Current Relationship Status

Previously Grime had one relationship in the past. Luke dated actress Gillian Zinser, but they split up for unknown reasons. Like his current partner, Gillian remains hidden from public view!

Luke Grimes, the star behind Yellowstone's Kayce Dutton, recently talked about his experience working with Hollywood impact Kevin Costner. How it motivated him to become a better actor working in the same field.

Yellowstone instantly became a hit for the director and showrunner, Taylor Sheridan. The series's success is partly due to Costner's skilled characterization of ranch owner and family patriarch John Dutton.

In a conference with Monsters and Critics, Grimes opened up about his experience operating alongside Costner and acknowledged that he was a little determined. The actor claimed:

"Working with someone who is that awe-inspiring and whose career is that legendary is always sort of a pinch-me moment, like, 'Is this for real?'"

Costner held his first leading role in the 1987 picture The Untouchables. Subsequently, Costner has become one of today's most widely known American film stars.

"It feels like a benchmark in your own career, and you try to soak in as much knowledge as you can," Grimes acclaimed.

Despite Costner's heavy success, Grimes explains that the Hollywood star's passion for filmmaking has yet to fade. Grimes revealed that Costner likes to "dissect" scenes to milk everything possible out of the fictional moment.

"One thing that I really enjoy to see in him is his passion for the work. It's still very much in that exact place," Grimes continued, later adding. "He still wants to work and is still the same very curious guy and still wants to dissect the scenes and get everything out of the scene that he possibly can."