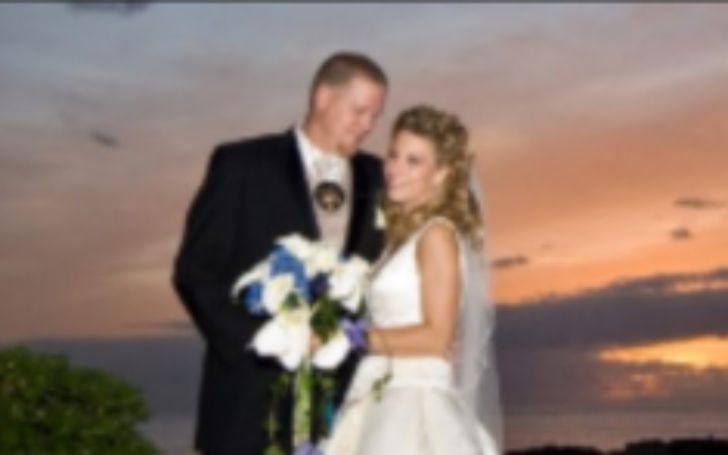 Brahman Bo Galanti rose to fame as the husband of a popular American TV personality, Lyssa Chapman. There is no other reason for the man's fame. Further, the duo tied the knot after being in a dating relationship for some years. Sadly, their marriage relationship is already ended.

Who is Chapman's ex-husband? How and when did the man grab media attention? What is he doing now? What is his current relationship status? Here below, we have tried our best to cover all these queries. Scroll down to read more about Mr. Bo Galanti.

As mentioned above, Bo Galanti, born in 1973, rose to prominence after his relationship with Chapman. The duo dated for some years and accepted each other as husband and wife on 20 February 2009 in Oahu, Hawaii. Their wedding happened in an intimate ceremony which their family and belongings attended.

Likewise, the pair welcomed their child, Madalynn Grace Galanti, which strengthened their relationship. Later, their married life worsened due to Galanti's drug addiction. As per the reports, the American citizen Galanti was abusive and used to trouble the TV personality a lot.

Chapman tried her best to save her married life and gave a chance to him; however, Galanti's behavior compelled her to file for divorce in 2011.

The 49-year-old ex-celebrity husband, Galanti, likely lives a normal life now. His current relationship status is under wraps. He may or may not have married anyone after his separation from Chapman. Further, the man lives a private life and hasn't revealed anything about his personal and professional life.

Lyssa Chapman's baby papa might share a healthy relationship with his child. However, he gets to visit his daughter barely. The child lives with the TV personality.

As per the reports, Galanti served four years sentence on a charge of a stolen vehicle crashed with a police van. However, the man might live a decent life now. His professional career and net worth details are not learned.

Who Is Galanti's Ex-wife, Lyssa Chapman?

The American businesswoman, Chapman, is currently married to her girlfriend, Leiana Evensen. The duo walked down the aisle in 2022. Besides, the 5 feet 1-inch-tall TV personality gave birth to her first child, Abbie Mae Chapman, when she was only fifteen years, and the baby's papa was arrested under a statutory rape charge.