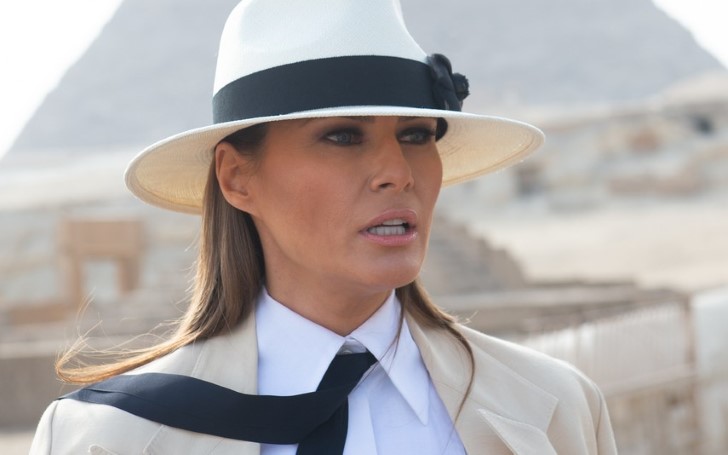 Melania Trump's first ensemble for the state visit seems to be a particularly chauvinistic one.

Melania Trump touched down on Air Force One at Stanstead Airport with husband Donald Trump on Monday morning for a three-day state visit.

The mother of one is known for her carefully curated wardrobe, and her first outfit for the presidential state visit to the UK is no exception. 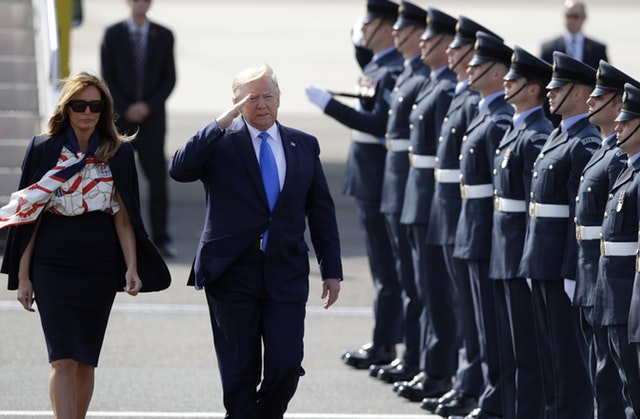 Forever style icon, Melania decided to rock an iconic British brand, 'Burberry' pussy-bow blouse emblazoned with the word 'society' in bold black letters, a reference to the 1991 'Society' fragrance by the brand.

The sleeveless shirt worth £650 was embellished with one of Burberry's archive prints in patriotic tones of red, white and blue, featuring nautical rope and military medals.

What’s more, the military medal featured in the shirt, gives a nod to the upcoming 75th anniversary of D-Day, which Trump and Melania will attend an event on 6 June, in Normandy, France.

The First Lady paired the top with a navy blue pencil skirt suit, matching caped jacket and a pair of 'Christian Louboutin' sky-high stiletto heels. She accessorized her noble look with her signature oversized sunglasses and the flawless makeup.

The former model wore her straight hair loose over her shoulders, leading to a windswept look as she battled the wind from the plane and waiting helicopter.

People were quick to praise the sleek ensemble of FLOTUS on social media.

Nice to see @FLOTUS looking amazing as ever.

While there were some who criticized Melania dress and mocked her for dressing like a British Airways flight attendant.

One joked: "Nice to see @FLOTUS doubling up as an air hostess today."

Another questioned: "Did Trump make Melania work as an air hostess to pay for her flight over here?" 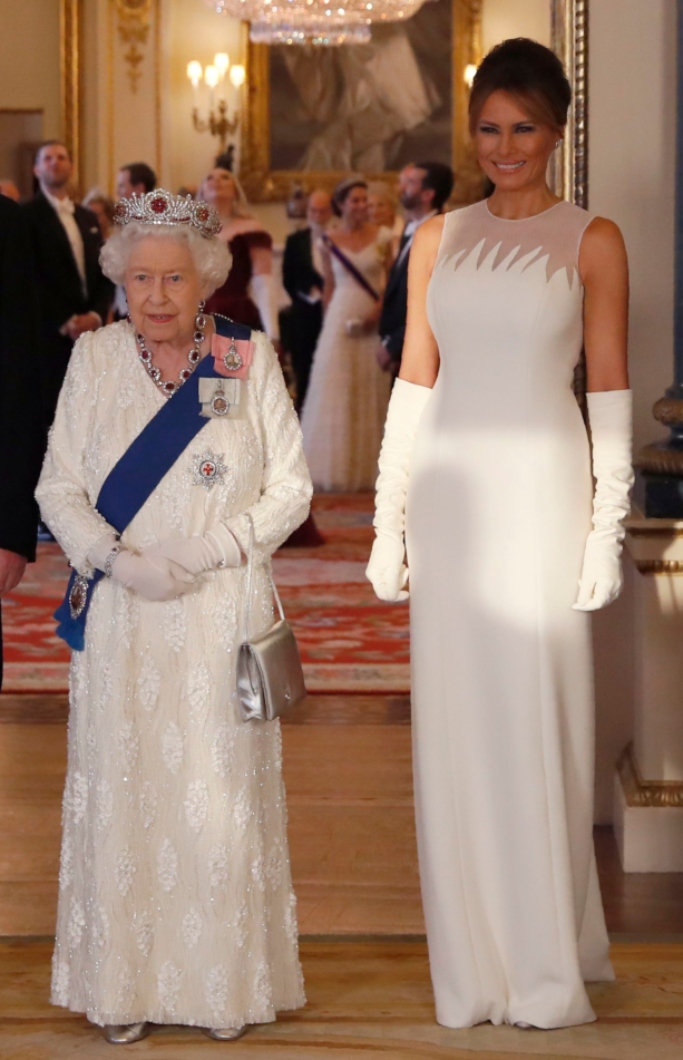 Melania wore a custom off white gown as she posed with Queen Elizabeth.
SOURCE: Footwear News

Melania wore her hair in a sleek updo, complemented her column-style gown with a pair of elegant white gloves and 'Manolo Blahnik' shoes.