'We Love Weather's Very Own Miss Georgia America, Liana Brackett — Get to Know Her Better 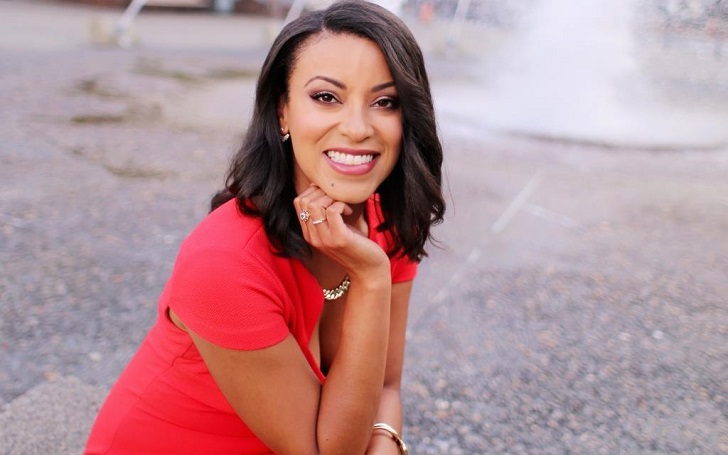 Liana Brackett (nee Ramirez) is an on-camera meteorologist for The Weather Channel's 'We Love Weather' show. She's worked her whole life dedicated on presenting about the weather in various places.

Moreover, her fame took a big hit when she was crowned the Miss Georgia America 2018 title. She's always cheerful, helpful and never lets anything get her down. She is a dedicated weather-woman as she loves her work.

Fans have wondered about Liana's parents quite a lot. While some obsessive fans know who they are, many don't know that her father has a Mexican heritage (she answered a fan's question on Instagram comments).

Her mother, on the other hand, is an African-American. So she's of mixed ethnicity, half Latino and half black. She's proud of both of the heritages as her #blackgirlmagic and #latina hashtags are quite popular on social media.

She was born in Temecula, California, on July 07, 1986, and raised there for the earlier part of her life. She is extremely appreciative of her father's hard work in raising her and her sister, Alisia Ramirez, in the toughest of environment back in the day. Every Father's Day, there is a dedication post for him. Be on the lookout.

► Married Life with Hubby Won't Ever Be a Letdown

Another hashtag that's very popular on her Instagram page is #interracialcouple. Liana Ramirez (her maiden name coincides with the 'Power Ranger' actress) married David Brackett, a certified Spanish interpreter and a Flamenco guitarist, on August 25, 2015. The wedding was featured on the featured and published in San Diego Style Weddings magazine Dec/Jan 2017 edition.

The first day of the best days of their life.
Source: Meteorologist Liana Brackett, Instagram

There's not a day this couple doesn't have the best day ever of their married life. Tours, vacations and park visits are a norm in their wedding life. One look at through her Instagram may tell you everything about it.

► Played Basketball in Middle School, But...

The 33-year-old might be a model and a TV presenter, but way back in middle school, she played basketball. To assure her fans, she posted a photo of her early teenage years holding a basketball.

For you to believe it.
Source: Meteorologist Liana Brackett, Instagram

It could come as a surprise, but she also mentioned how 'not good' she was at it. Like, kicking the basketball like a football (soccer). Another interesting trivia is that she competed in Latin/Ballroom dancing back in college and also danced en pointe in ballet for some years.

In a sarcastic tone, "Yeah, big surprise." It's not too uncommon for a woman in the weather-reporting world to have chosen their profession themselves. She did too, but with much more enthusiasm and passion than the norm.

She will have as much fun as possible on the set.
Source: Meteorologist Liana Brackett, Instagram

She started by studying broadcast meteorology at Arizona State University. After two years, she transferred to the University of California, Davis, to graduate with a Bachelor of Science in Atmospheric Science in 2009. She moved to Portland, Oregon, for her first job as a meteorologist at the National Weather Service in around 2010.

During her six years of issuing watches, warnings, and advisories for southwest Washington and northwest Oregon, she received numerous awards there. She left in December 2015 after working behind the scenes for all those times. Then in October 2016, she was announced as the new on-camera weather-girl for The Weather Channel.

♦ Her Grandmother Is Her Source of Inspiration for Everything

Nana Verna was the driving force behind her pursuit of the career.
Source: Meteorologist Liana Brackett, Instagram

Liana's grandma, Nana Verna, was one of the first African-American women to work at the Chevron oil refinery in the San Francisco Bay Area. She always reminded her that anything was possible and often sent handwritten letters to remind her of it.

I wonder how people breathe in space? I wonder about space. Nobody answers though. I figure it out myself. I watch space programs on television. It is very interesting. It is fun learning about space and different countries.

She's passed on now, but she drove Liana to graduate in Atmosphere Science. In addition, her fascination of the monsoon weather in Arizona also piqued her interest in the trade.

On July 12, Liana was crowned Mrs. Georgia America 2018 by former winner Alyssa Beasley in an "incredible and surreal" moment for her. She was one of the two meteorologists in the competition and went through two months of tough competition.

After the competition, she revealed that the event was the first time ever she competed in a pageant competition. She and David went on a Tony Robbins conference in November 2017 and decided to take a leap of faith. Right after that, she signed for the competition. She went on to the Mrs. America contest later in August.

The Brackett couple has two dogs together but no children. They got their first dog, Dolcetino or Dolce, in 2011. They have another one named Dasher.

The family is incomplete without the dogs.
Source: Meteorologist Liana Brackett, Instagram

The dogs are not that common on social media, but rest assured, they are a complete family only with them in the picture.