Nancy Drew Actress Kennedy McMann - When is She Getting Married? 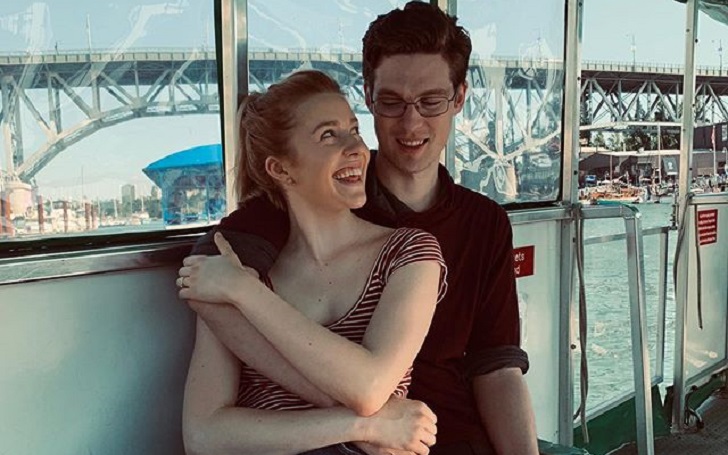 Kennedy McMann made headlines when she was cast as the lead character in the dark mystery series by The CW, 'Nancy Drew' pilot in early 2019. No one had known the young up-and-coming actress, but then again, it is her breakthrough role. Prior to this, she appeared in only two other series for one-episode smaller roles.

The casting was an easy pick for her, unlike any other actors' breakthrough auditions. It's daunting to imagine anyone taking on the role of 'Nancy Drew' other than McMann since she grew up reading the books and diving deeper into the character throughout her childhood.

While the on-screen life is just beginning for the actress, her romantic life began a while back, and it's just so beautiful. She shocked everyone when she announced her engagement to long-time boyfriend, Sam, with an Instagram post just after Christmas on December 30, 2018. She captioned the album, "WE'RE GETTING MARRIED Y'ALL."

Some didn't even notice the announcement until a little later. But she constantly does keep reminding us of her beautiful life with Sam.

Barbara MacKenzie Wood Set the Two Up over Four Years Ago

In a post following the engagement announcement, the 22-year-old explained how 2018 had been a rollercoaster of a year for her. The acting stint, college graduation, new kitten, moving and above all, her promise to be with Sam for "at least 80 years". During the course of entry into the TV world, she did get depressed a lot of times. She has her OCD past too. But she learned to embrace it all and learned to love herself.

McMann is super excited about this one.
Source: Kennedy McMann, Instagram

McMann also gave a big shoutout to actor and casting director, Barbara MacKenzie Wood. She was the one who set the two soulmates up four years ago. She is a "true homie" for McMann.

They're Married Already, Informally, That Is. When Will the Official Marriage Be?

Four years they have been together, and it has been quite smooth for them so far. They live together, co-own a cat as well, and travel quite often. With a life they live, they're basically a married couple.

They sure do love their cat
Source: Kennedy McMann, Instagram

The blue-eyed beauty certainly thinks so too. In her earlier post, she expressed her wonder at how weird it felt to get engaged since she felt like she'd married him a long time ago. Just romantic.

This means she is not likely to be in a rush to get married anytime soon. When they're already living like husband and wife, it's likely that she will feel no need to get married. But she will have to, of course, go through with the wedding to vow to be with Sam for over 80 years, officially.

In April, McMann announced to her followers on Instagram that she was done with the filming of the pilot already. But it's not like she won't be busy at all after the show completes airing on The CW. With such a hard work she's done with 'Nancy Drew', she will get more offers, she will be more popular.

That face is due to the tough work she did for the 'Nancy Drew' pilot.
Source: Kennedy McMann, Instagram

The two are separated by a distance due to McMann's involvement in the show. Sam is with their cat back in Vancouver, so it's sort of a nomadic life for her right now.

If you guys didn't know, some fans call the couple by their pet name 'Samedy'. Despite not setting a wedding date, McMann is so excited to marry Sam, and with that passion, it may well be just around the corner. Just look out for any surprises.

The first episode of 'Nancy Drew' already aired on CBS on October 9, 2019, and the next is releasing on October 16. Watch it on Wednesdays on CBS at 9 pm E.T. McMann is in the middle of filming the eight-episode series and working very, very hard at it.

The current version is the third of the series adapted for the mystery book series. The first one was 'The Hardy Boys/Nancy Drew Mysteries' in the late 1970s. Pamela Sue Martin was in that series, who is now portraying 'Harriet Grosset' in the current version. The second version was a Canadian-American one back in 1995.

Visit GlamourFame for more Lifestyle content on your favorite celebrities.