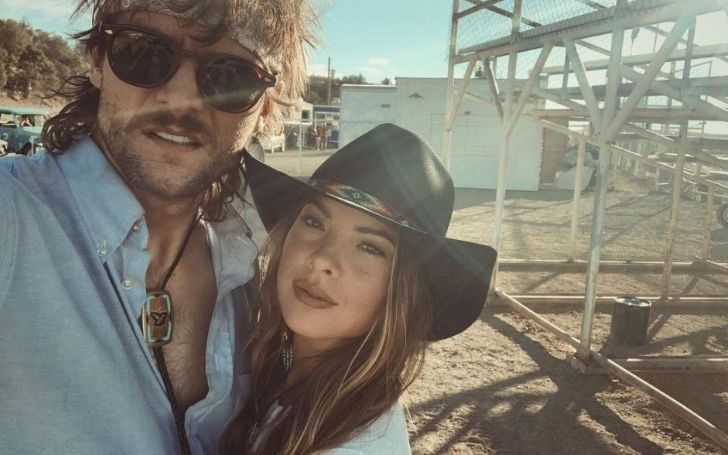 After dating for a year and a half, Naomi Cooke and Martin Johnson are engaged.

Boys Like Girls' Martin Johnson and Runaway June' Naomi Cooke are about to start their life together as a married couple.

The beautiful vocalist announced the news to her followers on Tuesday via an Instagram post where she showed off her ring. Cooke's arm was around her boyfriend to give the cue by showing off her engagement ring in that picture.

Also, See Actor Lian Castillo Branches Out of “Bravo” with Pop Culture Podcast “Everyone Is Terrible”

On the post, Cooke wrote, "By the look of my nails, he surprised me." Following that post, her bandmates shared their thoughts and blessings.

One of the country trio members, Jennifer Wayne, commented, "Eppppicc," whereas another mate, Natalie Stovall, wrote, "I mean. THE BEST!!!! So so so so excited for y'all!!!"

As noted by People, Boys Like Girls' frontman Johnson proposed to Cooke on Sunday, Dec. 13.

Besides dating and watering their relationship, the lovely pair were also working together on a musical project. Explicitly speaking, Cooke's new fiancé, Johnson, was involved with Runaway June's recent music.

Johnson has helped pen the original song "Christmas on the Radio" from the trio's recently-released holiday EP, "When I Think About Christmas."

You May Also Like: Who was Melanie Olmstead Husband? Here's What You Should Know